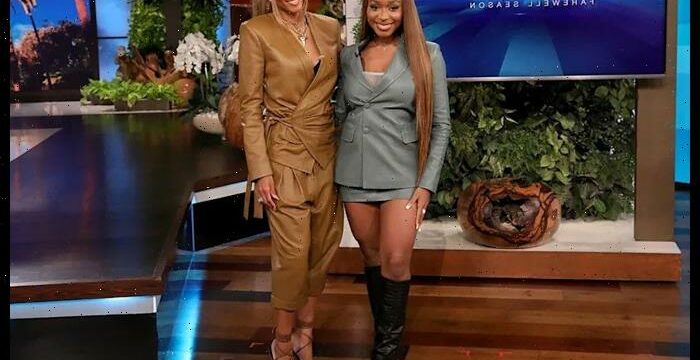 “The Ellen DeGeneres Show,” hosted by Ciara on Thursday, turned out to be a moment of reconnection for her and guest Normani.

During their conversation, Ciara recalled Normani’s performance at the “MTV Video Music Awards,” and Normani told the 36-year-old Grammy winner that she is “someone she’s looked up to forever.”

“You really helped shape the artist and the woman that I felt like I could be. You really opened my mind to those possibilities,” she added.

“Don’t make me cry!” an emotional Ciara replied. “That is so awesome. Thank you. That means a lot. Sorry guys, I got a little emotional.”

Normani also opened up about releasing the music video for her hit song “Wild Side,” featuring Cardi B.

“I was so scared, to be honest, to show the record to my dad,” Normani said. “Me and my mom, we’re cool, we can have certain conversations, but my dad… I was avoiding showing him the record.”

Normani also said her upcoming debut album is in its final stage.