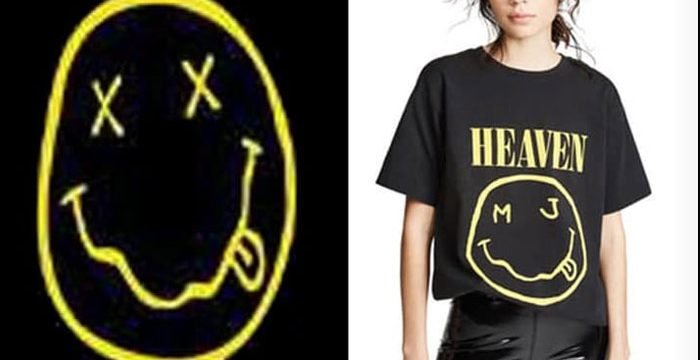 According to court documents obtained by The Blast, Jacobs is planning on calling all four of them as witnesses in the case. His attorneys are reportedly set to argue that Love and Frances Bean publicly endorsed Jacobs’ brazen imitation of the artwork.

The documents also revealed that Nirvana L.L.C. believes the damages by Jacobs total in excess of $1 million.

Last year, Nirvana L.L.C. sued Jacobs accusing the designer of infringing their iconic Nirvana image of a smiley face, which the group claims to have trademarked.

Jacobs had launched a collection named “Bootleg Redux Grunge,” which featured a smiley face similar to Nirvana’s on socks, shirts, and sweaters.

Love is a member of a company that owns Nirvana L.L.C., the company suing Jacobs. According to TMZ, Nirvana has owned the trademark for their iconic smiley face since 1992.