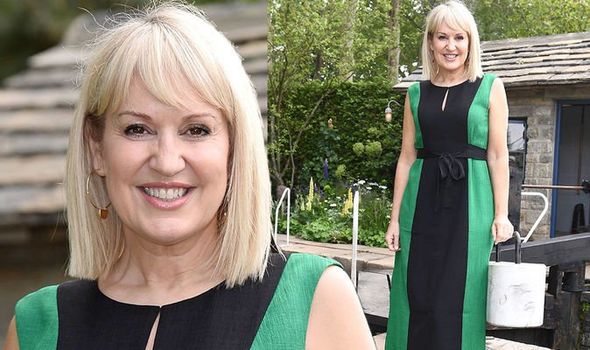 Nicki Chapman appeared in good spirits as she posed at the Chelsea Flower Show 2019 in a black and green frock.

The former Pop Idol judge smiled away at the camera as she enjoyed a day out in London.

At the weekend, Nicki, who has hosted the Chelsea Flower Show every year since 2006, revealed she would be absent from her presenting duties this year having recently undergone surgery to remove a tumour which was pressing on her brain.

The 52-year-old said she had only discovered the tumour in recent months and is now recovering from a four-and-a-half hour operation.

Candidly talking about her diagnosis to Daily Mail, Nicki said: “It was the worst news I’ve ever had in my life, but I thought: ‘We’re going to find a way through it.”