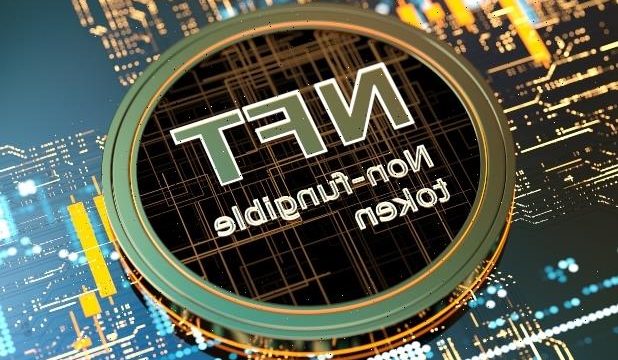 More than $2 billion was spent on non-fungible tokens, or NFTs, during the first quarter of 2021 — representing an increase of about 2,100% from Q4 2020 — according to a new report NonFungible.com.

The NFT market’s big Q1 comes after $93 million worth of NFTs were sold between October and December of last year.

For those unfamiliar with the budding NFT market, you can think of NFTs as digital collectibles. Right now, the most common NFTs are tied to things like art, pictures and video highlights — something the NBA has already leaned into. NFTs are tracked using blockchain technology, the underlying ledger that tracks bitcoin and ethereum transactions.

“What [NFTs] signify is digital artwork that can be confirmed to be legitimate on the blockchain technology,” Oanda senior analyst Ed Moya recently told TheWrap. “What it really means is you’re buying art you don’t necessarily hang up on your wall, but you own the images. And what you have is an authentication —  a digital certificate — that makes it extremely scarce or rare.”

The big spending on NFTs coincided with new investors jumping into the market; according to NonFungible.com, which tracks NFT transactions, there were 73,000 NFT buyers and 33,000 NFT sellers in Q1. That disparity helped drive prices higher, the site said, adding its “a signal of massive interest in newcomers, but also of the desire of current owners to keep their assets, which creates a phenomenon of scarcity in the market.”

It’s also worth pointing out the $2 billion in sales undersells how hot the NFT market was to start the year, considering revenue from NBA Top Shot, which are basketball highlights turned into NFTs, wasn’t included in NonFungible.com’s estimate. Those sales hit $472 million during Q1, according to the site. The record-setting $69.3 million spent on an NFT from digital artist Beeple also wasn’t included in NonFungible.com’s report.

For more information on NFT basics, you can click here. And for an inside look at how Hollywood is rushing to cash in on NFTs, you can read more by clicking here.