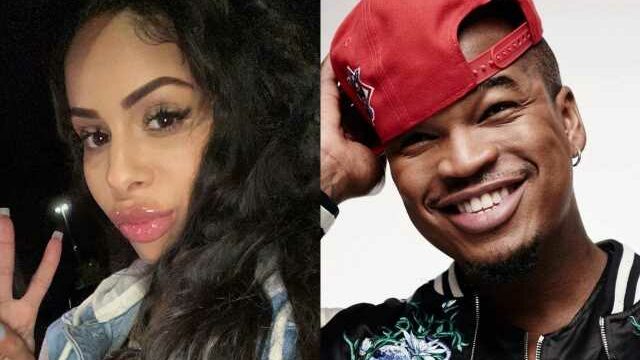 The shocking news comes shortly after it’s unveiled that the RnB star requested the court to place a gag order on his now-estranged wife and refused to pay her spousal support.

AceShowbiz –Ne-Yo reportedly got his alleged baby mama pregnant again. The R&B star and a woman named Sade, who already have a baby together that was conceived while he’s married to Crystal Smith, are allegedly expecting another child amid his divorce from his now-estranged wife.

On Friday, September 9, The Neighborhood Talk Instagram account posted a video of Sade, whose Instagram page is @ItsBigSade, showing off her growing baby bump. Sade, clad in a mini black bodysuit, could be seen cradling her pregnant belly while moving her body left and right as she tried to expose her tummy.

The shocking news came after it was unveiled that Ne-Yo requested a judge to place a gag order on Crystal and refused to pay her spousal support. According to court documents obtained by Radar Online, the “So Sick” crooner accused Crystal of causing his career great harm by badmouthing him.

Insisting that Crystal has cost him $400,000 in deals due to the cheating claims, Ne-Yo stated, “To date, [Ne-Yo] has lost approximately $400,000 in wages associated with public appearances, professional bookings, and promotional efforts related to the promotion of his new musical project.”

Ne-Yo further asked to be granted joint physical custody of their three children, Shaffer, Roman and Isabella, noting that “this is an emergency matter” since he uses his income to support his minor children.

Ne-Yo, who agreed that his marriage is “irretrievably broken with no hope of reconciliation,” said he should pay child support but objected to the idea of spousal support. In his motion, the music producer said he is indeed an “active and loving Father to his children.”

“[Ne-Yo] asserts that he is financially, physically, and emotionally capable of serving as a joint physical custodian of the parties’ three minor children alongside the [Crystal],” the document further stated. It also demanded the exclusive use of the marital home in Georgia as Ne-Yo “has been solely responsible for the mortgage and maintenance of this property since the date of purchase.”

Ne-Yo later claimed he purchased three properties during the marriage and maintained them by himself. He also said that he wants Crystal’s lack of contribution considered when the assets are divided up, noting that Crystal had been “formally unemployed at times during the marriage.”

Ne-Yo pointed out that Crystal’s image and earning potential “has benefited significantly due to her personal association with the Respondent and his career.” As the result, “[Crystal] possesses the considerable ability to procure stable and consistent employment at this current time and following the dissolution of the marriage.” The “Miss Independent” crooner, who was accused of cheating with multiple women by Crystal, also asked his estranged wife to pay her own legal fees.

Crystal, who filed for divorce on August 1, demanded temporary and permanent alimony in both child and spousal support. She told the court she relied on Ne-Yo’s money to pay the bills since they agreed she wouldn’t work.