Proving that she’s a force to be reckoned with, Japan’s Naomi Osaka has won her fourth Grand Slam title. Osaka defeated America’s Jennifer Brady in the Australian Open final.

As noted by the BBC, approximately 7,500 fans were in attendance for the sporting event in Melbourne, and Osaka was grateful to have fans in the audience. After securing the impressive win she revealed (via BBC), “It feels incredible to have fans, I played the last Grand Slam without fans, to have this energy means a lot … I feel like playing a Grand Slam is a privilege.” 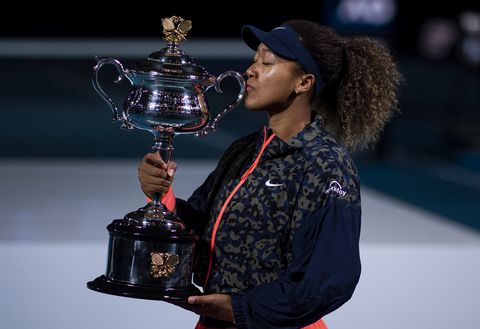 This marks the second time that Osaka has triumphed at the Australian Open, after she won the women’s singles category in 2019. The tennis icon has also won the U.S. Open twice.

After her U.S. Open win in September 2020, Osaka opened up about the impact of the pandemic on her training and career in general. According to BBC News, Osaka said, “The quarantine definitely gave me a chance to think a lot about things, what I want to accomplish, what I want people to remember me by.” She continued, “I would definitely say it’s been an important few months.”

During the U.S. Open, Osaka wore seven different face masks, each featuring the name of a Black person who has been killed by police. In an interview with ESPN, Osaka said, “It’s quite sad that seven masks isn’t enough for the amount of names … Hopefully, I’ll get to the finals and you can see all of them.”