Naga Munchetty, 45, replaced Louise Minchin this week, appearing alongside Dan Walker on the BBC Breakfast red sofa and it seems the pair were already coming to humorous blows with each other, sporting that “banter” viewers know and love. After reports suggested that footballer Lionel Messi sent his Barcelona transfer request using a fax machine, Naga revealed she was going to ignore her editor’s advice to steer clear of the topic.

“I can’t get it out of my head!” she said to Dan, who rolled his eyes and giggled saying: “I know!”

Speaking to sports presenter Jane Dougall, the hot topic surfaced in the studio once again.

Jane said: “We should clarify that a popular way to send a business message in Spain is via a bureau fax, which has evolved from the fax machine but it’s a bit more modern.”

Clearly eager to get the bigger picture, Naga asked her what it looked like, leaving Jane totally stumped. 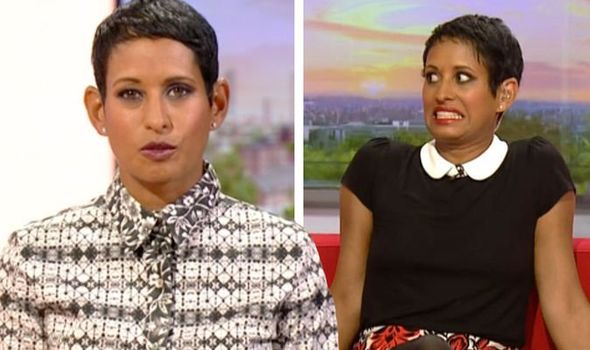 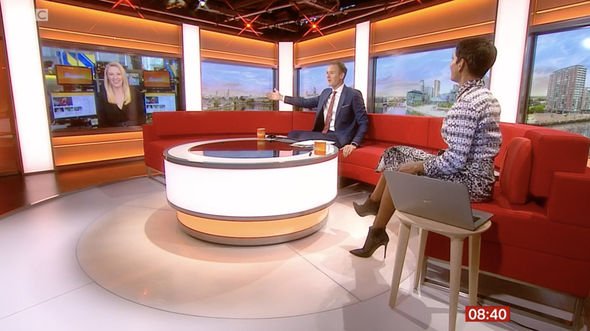 “You can’t tease us like that!” she said once the presenter admitted she didn’t have a photo handy.

“You can put Jane the spot like that!” Dan howled, surprised at how interested his co-host was.

But Naga was given a strict instruction from the App editor to cool it with the fax machine talk.

“All I’ll say is, I’ve been told I’m not allowed to talk about faxes anymore by our App editor,” Naga giggled, before revealing she was never planning on taking that on-board. 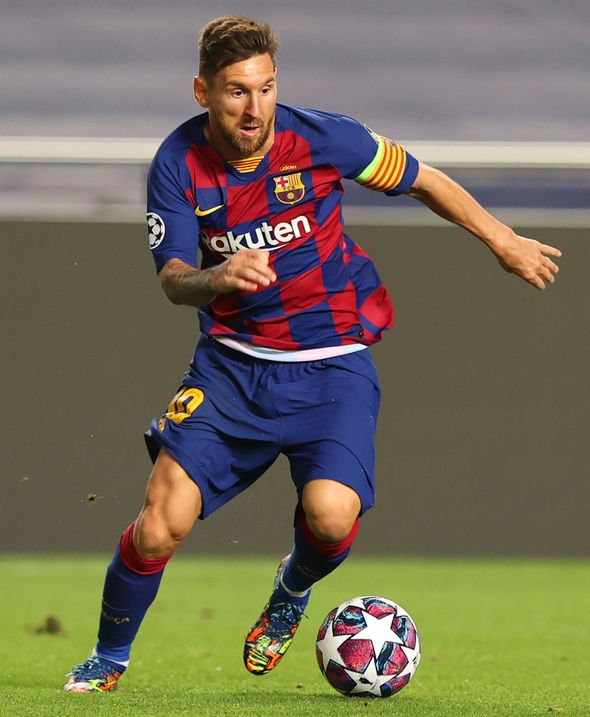 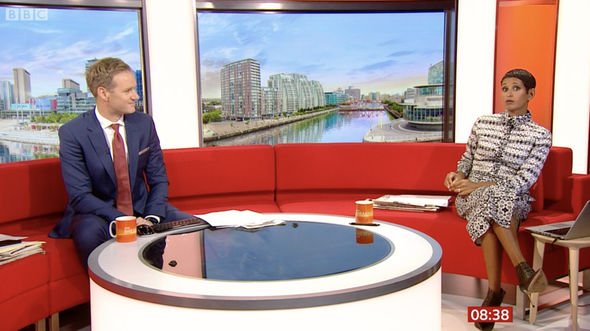 “At least the fax chat managed to clear up the messy fax stuff,” she reasoned.

The line threw Jane for a second who looked majorly confused: “OK try and say that three times,” she laughed as Dan issued her with a warning.

Pretending to talk into a secret mic in his jacket, he turned away from Naga and said: “Jane just get out, get out while you can or she’ll keep talking about faxes.

Naga grinned as she said: “Dan’s loving his Wednesday morning.”

“I am very much enjoying it,” he giggled before they moved on to speak to ex-military soldier Paul Minter.

Paul, who was left suffering with Post Traumatic Stress Disorder (PTSD) from serving in war zones, is aiming to run the whole of the UK coastline in 200 days to raise money for other veterans in the same boat.

Documenting his journey as he went, Naga and Dan were left stunned at the 5,800 mile trek that would land him a new world record.

“Averaging 29 miles a day,” Naga gushed, bowled over by the challenge.

BBC Breakfast airs weekdays at 6am on BBC One.