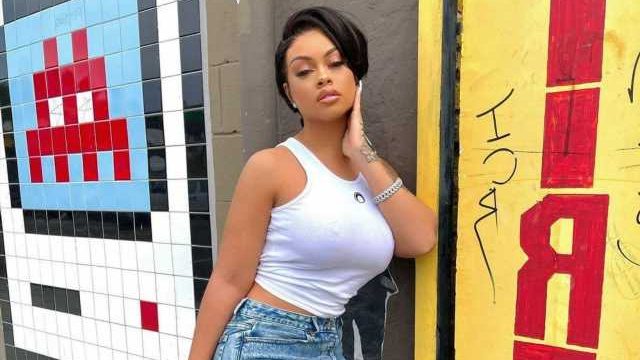 After sparking plastic surgery speculation following her appearance at the UPROAR Hip Hop Festival, the ‘B***h from da Souf’ raptress admits that she recently went under the knife.

AceShowbiz – Latto (previously known as Mulatto) is another celebrity who has gotten candid about going under the knife to enhance her look. After sparking plastic surgery speculation following her appearance at the UPROAR Hip Hop Festival, the rapper has confirmed that she got breast implants.

The 22-year-old femcee flaunted her assets in a very revealing outfit while performing at the Los Angeles Memorial Coliseum on Friday, August 13. Her look prompted a chatter among social media users that she’s got her breasts enhanced.

“Y’all be fresh off the operating tables let them settle in [crying emoji],” one of the trolls commented on her photos from the event. Days later, Latto finally confirmed that she got breast implants, but they are not that new. “Girl these titties is 5 months old but go awf,” so the “Go Crazy” femcee responded on Twitter.

Back in May, rumors emerged that Latto might have had plastic surgery after she opened up about her ER visit. “Y’all don’t even know I been in the ER & wasn’t able to promote ‘The Biggest’ myself but I’m feeling better & seeing all the support feels amazing [red heart emoji][slot machine emoji],” she tweeted on May 21. She added, “Thanks for hearing me out and accepting my apology!”

She, however, denied that she had a cosmetic procedure during her hospitalization, claiming that she did have a “serious health issue” that landed her in the hospital. “I actually was in the ER for a serious health scare,” she insisted, stressing that she wouldn’t hide it if she had one as adding, “I’m open about my surgeries this had nothing to do w that.”

The plastic surgery aside, Latto was recently forced to defend herself from critics who said she looks “old.” The “Muwop” wrote on her Instagram Story last week, “Don’t ever play w my face card.” She went on to add, “Y’all love to be in them blog comments saying how ‘old’ I look. H*e don’t let them wigs, makeup, and stage outfits fool u I got old money and carry myself like a grown a* woman that’s all.”