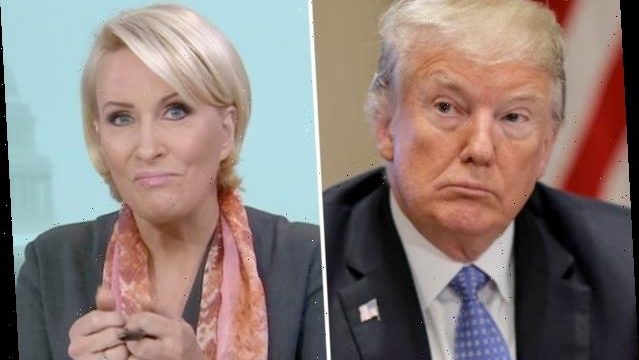 MSNBC’s Mika Brzezinski presented a stark timeline for “Morning Joe” viewers Wednesday, reminding them that Donald Trump’s presidency is in its final days and “his desperation grows by the hour.”

Two runoff elections occurred in Georgia Tuesday and the results will determine which party controls the Senate for the first portion of President-elect Joe Biden’s term. Brzezinski explained that NBC News called one race for Democratic candidate Raphael Warnock but the race between Sen. David Perdue and his Democratic challenger Jon Ossoff was still too close to call. Trump, of course, backed the Republicans in the races, and Brzezinski suggested that after Warnock’s win and as Ossoff leads, the outgoing president is “on edge.”

“Focus on the signal, not the noise,” she urged her audience, noting that though supporters of Trump’s have descended on Washington, D.C., for a Wednesday protest against the 2020 election — which President-elect Joe Biden won — its results are unchanged.

“Donald Trump’s presidency ends in 14 days and his desperation grows by the hour,” she stated.

Later in the program, Rev. Al Sharpton offered up his thoughts on what the wins for Democrats really mean for Trump.

“Despite his best efforts and his demagoguery, Donald Trump is playing to a dwindling crowd of people that want to play ‘us against them,’” he said, hours before the Senate is set to vote to certify Biden’s win and Trump’s supporters are prepared to protest in the streets.

Sharpton also observed that it looked to him like Ossoff would win his race.

“To think, Joe, that a Black and a Jew would win in Georgia shows that this country is moving a lot further than Donald Trump thought,” he said.

Watch above, via MSNBC.