The couple that sings together, stays together! Miranda Lambert looked adorable singing ‘Summer Nights’ from ‘Grease’ alongside husband Brendan McLoughlin at the opening of her bar!

Miranda Lambert, 37, and Brendan McLoughlin, 28, were the definition of couple goals at the opening Miranda Lambert’s Casa Rosa bar in Nashville. The couple took the stage to sing the hit song “Summer Nights” from the classic musical Grease. They had a blast dancing and singing karaoke with friends.

Miranda rocked a country chic look that included a denim shirt and a black fringe skirt. She also had on a pair of black cowboy boots with white embroidery. Brendan looked sharp in a pair of jeans and a navy suit jacket.

The country singer posted a number of photos from the bar opening on her Instagram page and even made a cute Grease referene. “Yall it’s official…. @casarosanashville is open!! We celebrated Tuesday night with a friends and family karaoke party! Thanks to everyone who came out to hang! I even got hubby up to sing a little duet! Just call us Danny and Sandy from now on! When yall are in Nashville come by for some tacos and tequila!!! @pharaqueen sure did add some glitter for us girls!!” 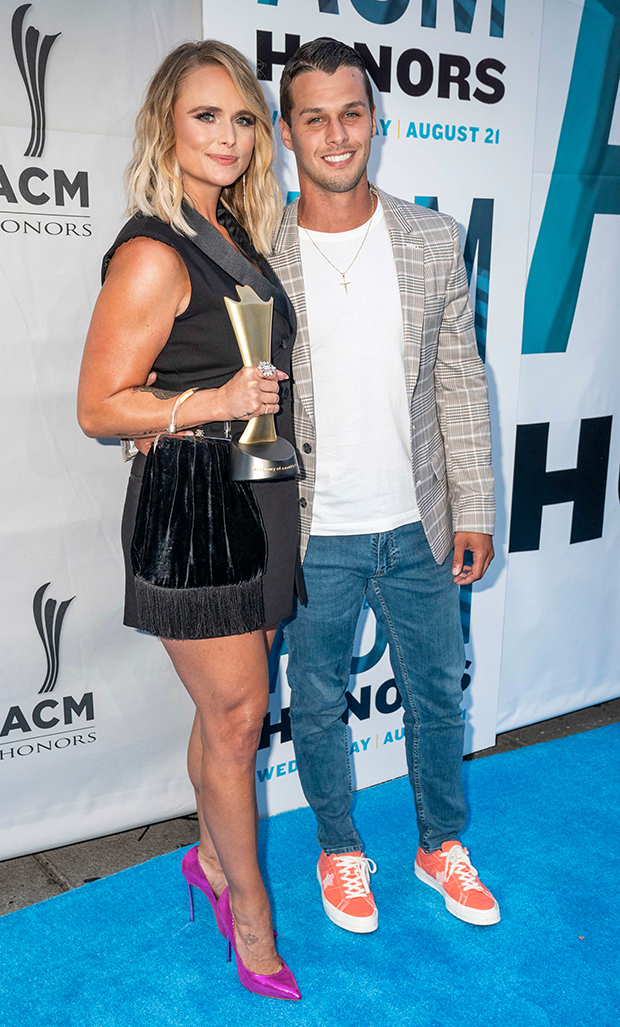 Brendan also posted an adorable photo from the night out and gushed about his wife, “Could not be any more proud for @mirandalambert on the opening of her bar on Broadway @casarosanashville. The love for your art and the passion to stay true to who you are shine in every step of this establishment. You’ll forever be the Sandy to my Danny but I’ll do the world a favor and let @johntravolta keep singing that one.”

Miranda looked right at home on stage, but she did get emotional at her first live show since the COVID-19 pandemic just a few weeks before. She had her first full-band live show in more than a year on April 24. While she was singing “The House That Built Me,” the singer teared up and had to stop singing at one point as her emotions overwhelmed her.

After 2 years of marriage, Miranda and Brendan are still going strong. They recently celebrated their 2nd wedding anniversary in January 2021. Brendan is such a supportive husband, and the couple is more in love than ever.