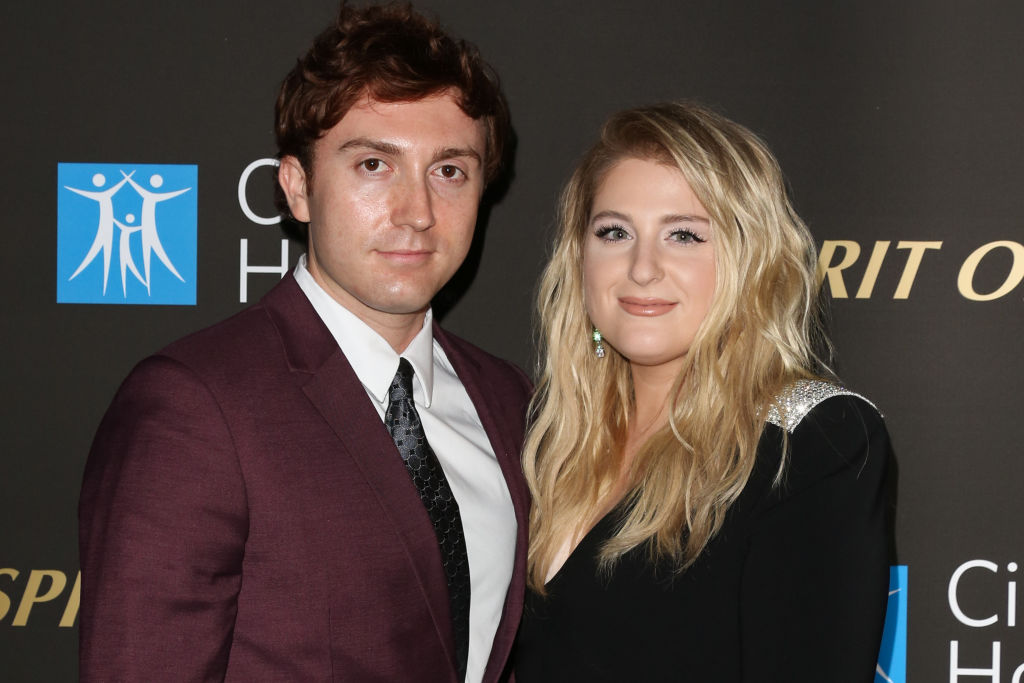 Meghan Trainor and her actor husband Daryl Sabara are so close as a married couple that they even go to the bathroom at the same time.

Yep, the 27-year-old hitmaker confirmed that the pair have toilets next to each other in their marital home – and have even taken a poo together.

The All About That Bass singer explained that the pair planned to experience this level of intimacy when their home was being built.

Explaining all on the Why Won’t You Date Me? podcast, Meghan stated: ‘We just got a new house, and we did construction.

‘Nobody knows this, but in our bathroom, there was one toilet, and a lot of time in the middle of the night when we’re with the baby, we’ve got to pee at the same time. So I was like, “Can we please have two toilets next to each other?”‘

The Me Too singer said her contractor initially thought she was joking, but eventually agreed to the unusual request as he added a new toilet next to the existing one.

‘We got two toilets sitting next to each other, and we’ve only pooped together twice,’ the new mom said, adding: ‘We pee at the same time a lot.’

Meghan confirmed her pregnancy in October last year, after previously joking that her ‘ovaries were screaming’ for her to be a mum.

Riley had been due on February 14, with Meghan choosing to confirm his arrival on Valentine’s Day – his due date – nearly a week after he was born.

Meghan and Daryl have been married since 2018 and tied the knot on her birthday in December that year in the garden of their LA home.