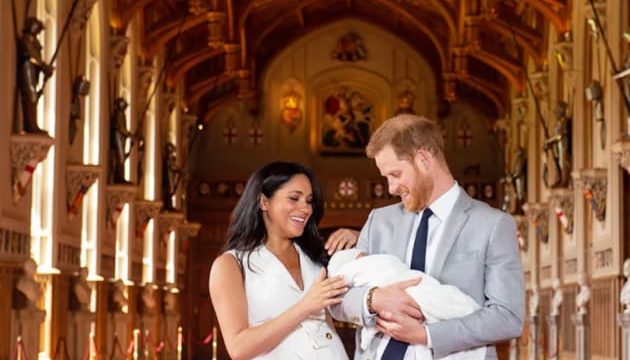 Meghan Markle did not celebrate Mother’s Day for the first time on Sunday.

But she did celebrate Mother’s Day for the first time as an actual mother.

The Duchess of Sussex, who gave birth to son Archie this past Monday, posted a brand new image of the newborn earlier today in honor of this special occasion.

Not everyone may have been aware upon first viewing the photom, but it also paid tribute to Harry’s late mother, Princess Diana.

In the snapshot, which was taken at the famous couple’s new Frogmore Cottage home in Windsor, Diana’s favorite flower, forget-me-nots, can be seen in the background.

It’s a subtle, yet poignant nod to the mother-in-law Markle never had a chance to meet.

“Paying tribute to all mothers today – past, present, mothers-to-be, and those lost but forever remembered. We honor and celebrate each and every one of you,” Harry and Meghan wrote as a caption to this picture.

“This is the first Mother’s Day for The Duchess of Sussex.”

And they concluded: “Quote from ‘lands’: my mother was my first country; the first place I ever lived.”

According to various outlets, Markle is spending the day at home with her new son, alongside her husband and her mom Doria Ragland.

The latter flew in to Great Britain several days before her daughter gave birth and has no plans to leave any time soon.

While fans are debating whether they gave their child this unexpected name in order to royally piss off Harry’s native country, the stars themselves seemed very relaxed and overjoyed during the photo opportunity.

“It’s magic. It’s pretty amazing. I have the best two guys in the world, so I’m really happy,” Markle told the gathered press, adding of her newborn:

“He has the sweetest temperament. He’s really calm.”

Harry then quipped: “I don’t know where he gets that from!”

And Markle added: “He’s just been a dream. It’s been a special couple of days.”

Prior to this debut, Harry himself spoke briefly to members of the media.

“I haven’t been in many births,” he said, adding in adorable fashion:

“This is definitely my first birth. It was amazing, absolutely incredible.

“As I said, I am so incredibly proud of my wife and as every father and parent would ever say, your baby is absolutely amazing, but this little thing is absolutely to die for, so I’m just over the moon.”