Duchess Kate and Prince William publicly visited Shout, an organization dedicated to supporting individuals in crisis via text message, in London on Tuesday. But according to the founder of Crisis Text Line in the United States, Nancy Lublin, it wasn’t the first time the royals visited the center.

Royal correspondent Victoria Murphy reported on the private visits for Town & Country. Murphy spoke to Lublin who revealed, “They have been into our offices, I think, four times, at this point in time, quietly without anyone knowing.” She continued, “I think they take their role very seriously, really learning about the data. Learning about how things work. I’m so grateful.” Kate and William, and Meghan and Harry, have apparently all put in appearances at the organization without the public realizing. 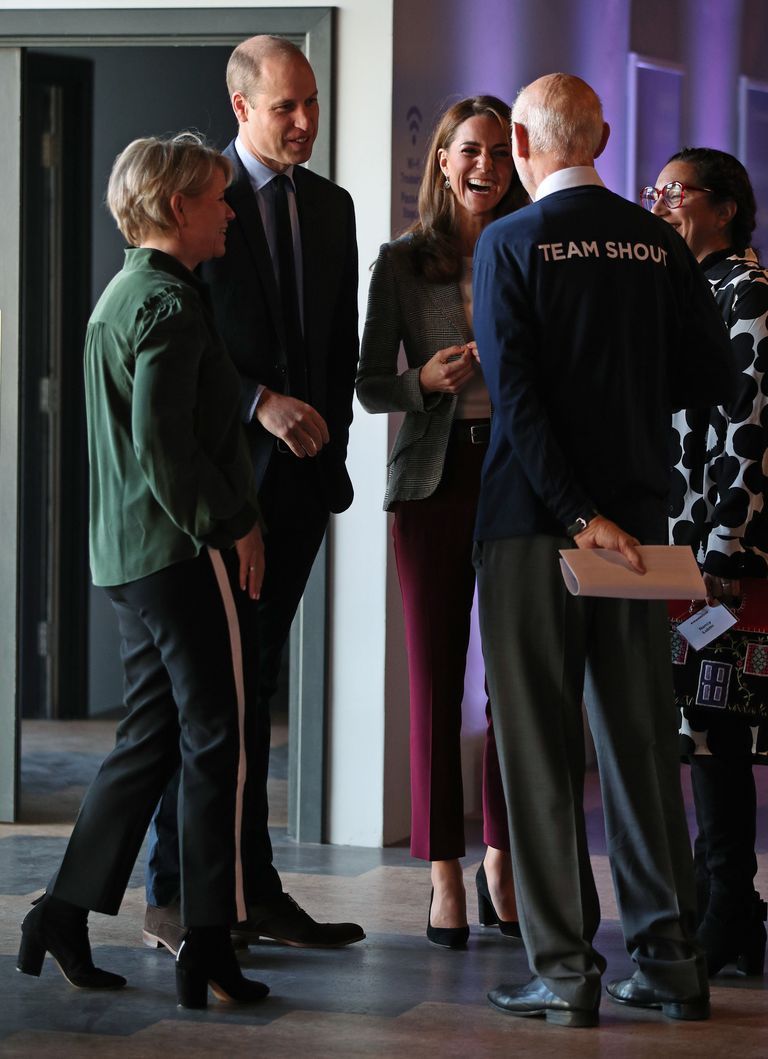 Lublin explained that she was “so grateful” for the way the royal family members had been supporting the crucial service. Lublin also pointed out that the royals regularly make private, instead of public, visits so that the focus is purely on the organization and its volunteers. She revealed, “They’ve been to this event without anyone knowing last year. They are really here for the work.”