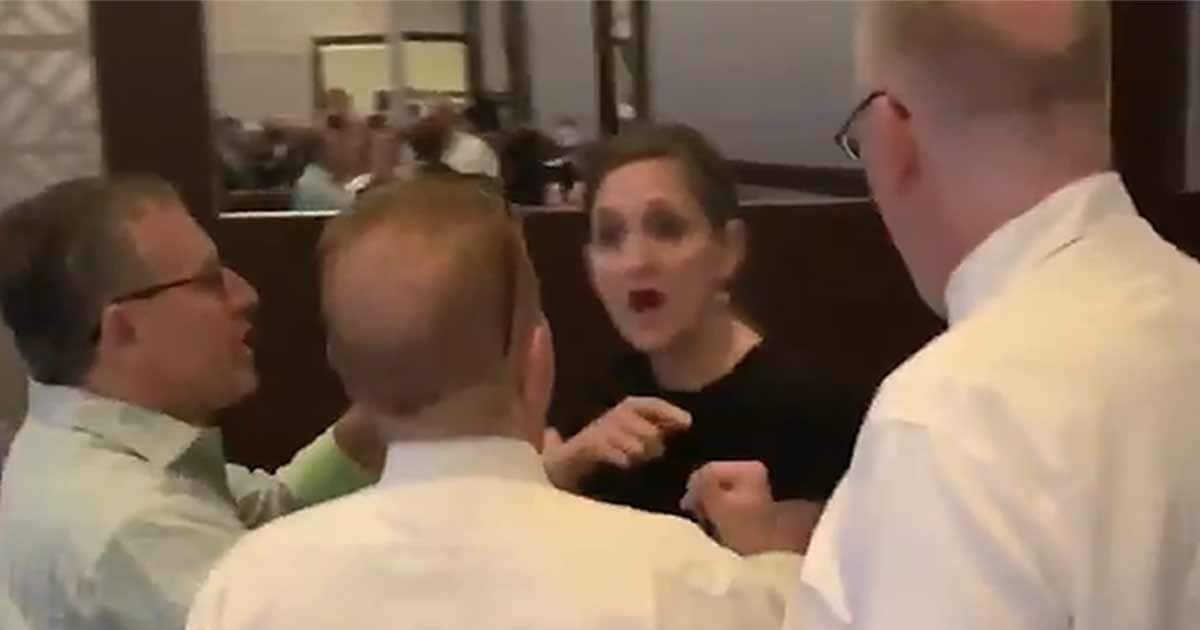 Presidential candidate Pete Buttigieg got another dose of homophobia Friday night during a Dallas campaign event.

Mayor Pete was speaking at the Dallas County Democratic Party’s Johnson Jordan Dinner when some hecklers started screaming at him to “repent.” Some screamed, “marriage is between a man and a woman.”

Buttigieg clearly was locked and loaded, responding to one heckler by saying he packed his bags to serve in Afghanistan, “to defend the  man’s freedom of speech.”

He went on to talk about the very book from which the hecklers were quoting … “Just thinking of the scripture that says bless and do not curse.”

It’s interesting … fellow Democratic Presidential candidate/rival and Texan, Beto O’Rourke, said later, “Texans don’t stand for this kind of homophobia and hatred. Mayor Pete, we are grateful you came to Texas and hope to see you and Chasten back again soon.”