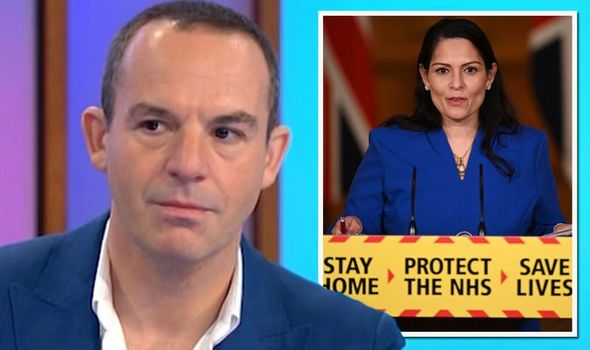 Martin Lewis posted a tweet following Priti Patel’s press conference last night, but has now admitted he regrets his remarks. The financial journalist returned to the micro-blogging site shortly after to address what he’d said, after taking the time to mull it over.

In his original tweet, the 48-year-old shared his thoughts on the Home Secretary’s Downing Street address, despite not having watched it.

He said he believed it had been “nothing dressed up in many words”.

The post read: “I missed the Priti Patel press conference, but from what I seem to be reading with quite staggering consistency, is I missed nothing, but nothing dressed up in many many words.

“Is that about right?” he asked his 1.1 million followers. 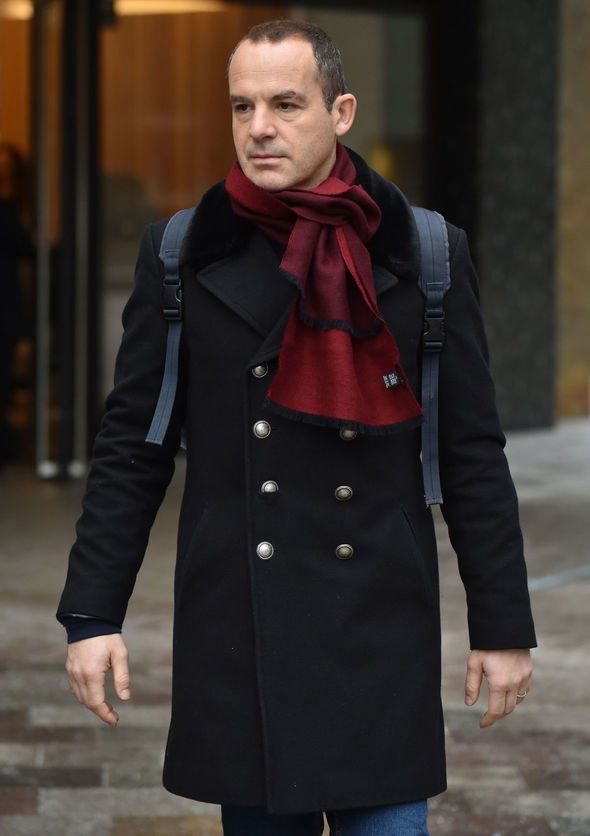 Within a few hours Martin posted a second message.

“I do regret tweeting this. I’ve been mulling it,” he began.

The presenter, who hosts a self-titled Money Show, said it was “harsh” to criticise the MP seeing as he had not actually watched the news briefing himself.

He went on to say that it was “unfair” to see politicians as “fair game” and assured fans he would be more careful with his tweets in the future. 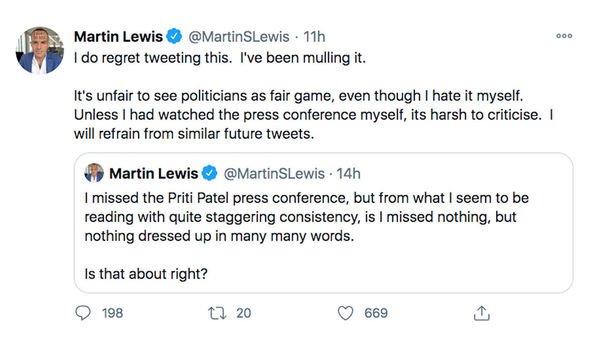 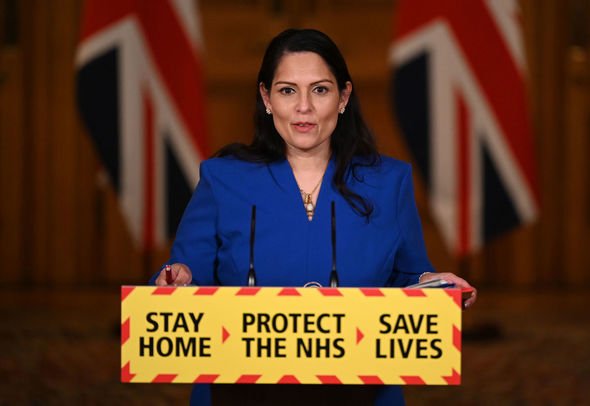 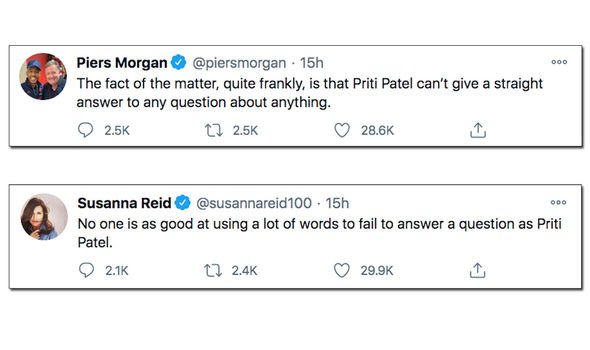 “It’s unfair to see politicians as fair game, even though I hate it myself.

“Unless I had watched the press conference myself, it’s harsh to criticise.

“I will refrain from similar future tweets,” he signed off.

Many took to the comments section of the post to share their thoughts, with some congratulating the TV star for acknowledging his error in sharing the critical tweet.

“That’s big of you to say this and I applaud you. I can’t imagine what it’s like having to make big decisions on this. It’s way too easy to criticise,” one social media user wrote.

“Good for you. Whilst most people would probably agree with what you said, saying it at all wasn’t up to your usual high standards. But we’re all super stressed at the moment and are making mistakes so don’t beat yourself up!!” a second person replied.

“The problem is, if you’re not going to clarify anything, and you’re not announcing any new information – why are you calling a televised press conference?” one person said.

“You were right the first time. I didn’t see it either, but fully expect that, as is the norm with all cabinet members, not a single question was answered succinctly, clearly and satisfactorily. They should ALWAYS be called out for doing it until they stop doing it,” another added.

In view of his 7.7 million followers, Piers wrote: ”The fact of the matter, quite frankly, is that Priti Patel can’t give a straight answer to any question about anything.”

“No one is as good at using a lot of words to fail to answer a question as Priti Patel,” her tweet read.