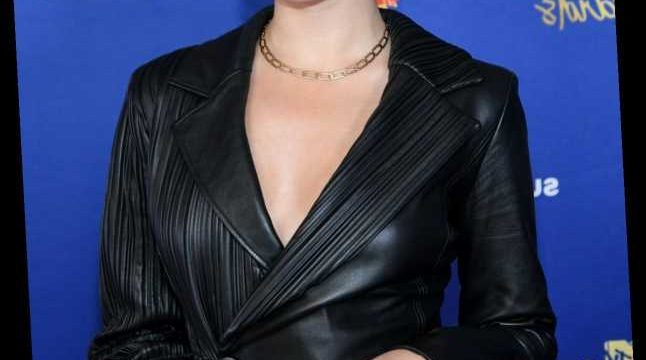 Dance Moms fans can rejoice because Maddie Ziegler joined TikTok and is already giving fans some exciting content. The 18-year-old dancer, model, and actress joined the platform on Thursday, Jan. 21. Just a day after dropping her first video — a clip of her dancing to "Renegade" — she earned over two million followers. If you’re not one of them, you better change that right away because there’s plenty more dancing content to come.

Maddie launched to fame on Lifetime’s reality competition show Dance Moms. She was a series regular up until 2016, but after gaining recognition for her Sia collaborations, Maddie left the show and branched out to do solo activities, including becoming a judge on So You Think You Can Dance: The Next Generation, touring around the world with Sia, and publishing her memoir The Maddie Diaries, which was a New York Times Best Seller. Most recently, Maddie landed the starring role in Sia’s film Music.

Since she’s so talented, fans have been asking Maddie to join TikTok to deliver some top-tier dancing content. She’s appeared in her sister Kenzie Zielger’s videos, as well as her friend Cameron Field’s, but never alone. Now, that’s all changed because Maddie is officially on TikTok and her videos are gold.

Her first video is of her dancing to the viral TikTok song "Renegade," and no surprise, she totally slayed it. Having been a dancer since she was young, Maddie made it look totally effortless. "am i late lol?" she captioned the clip. ("Renegade" went viral in October 2019, so yes, Maddie, you’re kind of late, but that’s OK because the wait was worth it.)

The next day, Maddie returned with another video. This time, she recorded herself listening to Migos and Young Thug’s "YRN" remix. "But seriously how do I work this app," Maddie asked her followers.