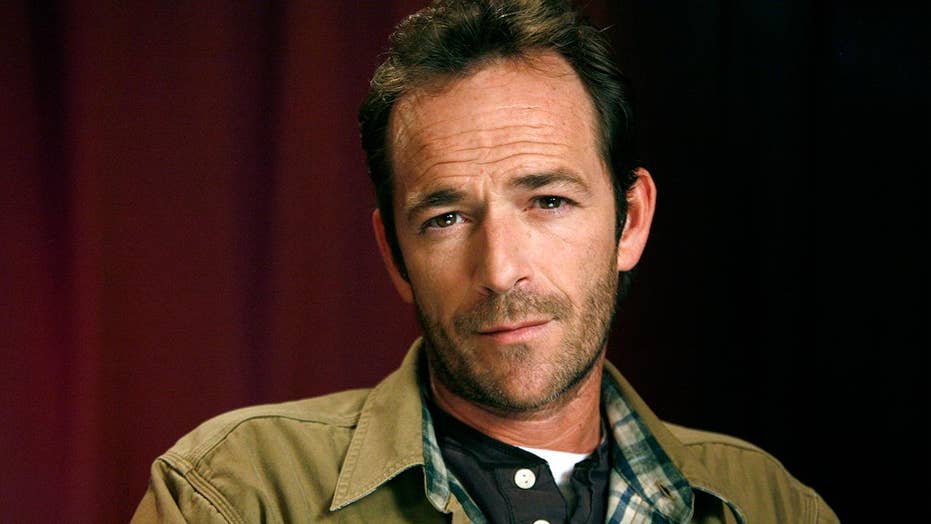 Jack Perry, 21, and the 47-year-old Arquette performed the dedication match Thursday at the Bootleg Theatre in Los Angeles for Bar Wrestling’s “It’s Gonna Be May” event.

The younger Perry entered the ring with his long blonde mane and leopard print jacket as Arquette, who returned to professional wrestling last year, donned a colorful candy-themed outfit.

Arquette, dubbed “Candy Man,” forced his opponent to ingest pop rocks and soda before landing a move that flipped the 21-year-old over on his head. But Arquette’s candy antics proved no match for the younger Perry, who went on to pin the “Ready to Rumble” actor.

Arquette took the loss in stride, immediately grabbing a microphone to express his love for his late friend and opponent's father, Luke Perry.

“I loved your father dearly," Arquette told the “Jungle Boy” after losing the match. "I love you." The two wrestlers then shared a sweaty hug.

Jack Perry shared his feelings after the match, posting to Instagram: "Family forever. I love you @davidarquette. Thank you for everything."

Jack Perry began pursuing his wrestling career in high school, a path he has hoped would see him achieve success apart from his father’s fame. He posted a tribute to his father two days after his death.

"He was a lot of things to a lot of people," Jack Perry wrote. "To me, he was always Dad. He loved supported me in everything, and inspired me to be the best that I could possibly be. … I’ll miss you every day that I walk this earth. I’ll do whatever I can to carry on your legacy and make you proud. I love you Dad."

Luke Perry died on March 4 after suffering a massive stroke a week earlier. He was 52.