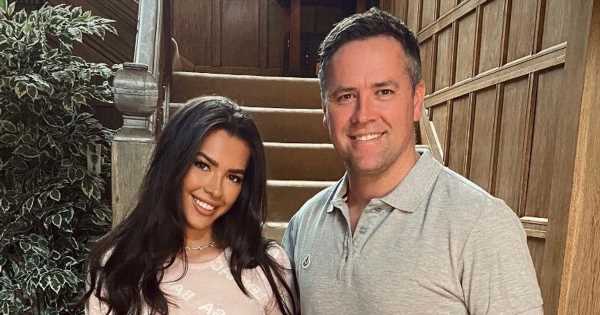 Love Island fans are convinced that the villa is now aware of Gemma Owen’s famous footballer dad Michael Owen following the bombshells arrivals on the show.

Viewers believe the Islanders learnt the identity of Gemma’s dad after her ex Jacques O’Neill joined the villa, as he mentioned getting close with the 19 year old dressage champion’s family during the eight months they dated.

Fans have wondered why the rugby player has not yet informed the rest of the villa about Gemma's famous family ties. One person tweeted: “It's not credible that [Jacques’ has been in for few days and the 'famous dad' hasn't been outed yet.”

A second user wrote: “There’s a reason why no one knows who Gemma is because there’s no way Jacques comes in and doesn’t go “oh yeah lads you know she’s Michael Owen’s daughter”.

“So are we supposed to believe that none of the islanders know who Gemma’s dad is yet…#loveisland,” someone else commented, as another said: “Surely by now the Islanders should know that Gemma has famous parents (her dad)…

“Literally no one is getting this much attention! It’s not even love island anymore! Ex on the Beach meets Gemma Island! #LoveIsland.”

Another viewer added that the bombshells must also be aware of the horse rider’s sporty dad, as one person tweeted: “Surely the bombshells know about Gemma’s dad! Jay was saying that thing about ‘seasonal bfs’, so he’s been watching the show!

"Probably both want to steer clear of Michael Owen’s daughter, don’t blame them!"

Gemma’s current partner on Love Island Luca Bish, 23, showed similar interests to her famous dad early on in the show as he spoke about enjoying football, leading Gemma to think the pair would get on quite well with each other.

“You're sporty and you're into football, you're into racing…you'd have stuff in common with my dad,” she said.

"I think he appreciates a guy who's into sport and all that kind of stuff.”

Luca replied: "Yeah I enjoy playing football and I know what I'm talking about with football."

Gemma jokingly added: "Yeah, you talk about it all the f***ing time”, to which Luca responded: "Well, we'll see if he [your dad] knows what he's talking about."

Viewers are also convinced Luca knows who his partner’s dad is, as one person tweeted: “Luca likes football, Luca also likes Gemma Owen.. Assuming he knows who her dad is? #twoandtwotogether”.