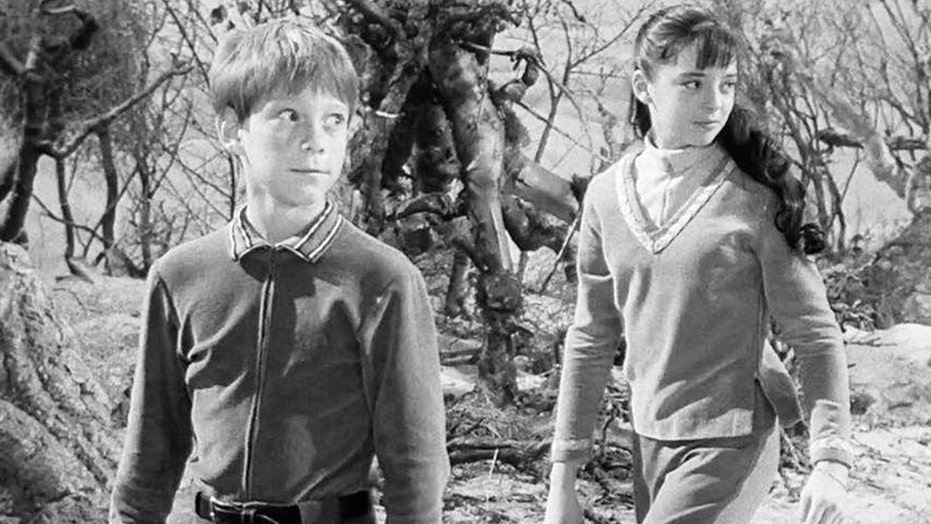 Angela Cartwright and Bill Mumy have reunited for a very special reason.

The former castmates from the ‘60s sci-fi series “Lost in Space” have teamed up to release a new book for fans titled “Lost (and Found) in Space2: Blast Off Into the Expanded Edition.”

The pictorial memoir, which commemorates the 55th anniversary of the show’s second season debut, features over 925 photos including more than 600 newly found images. All the photographs were hand-selected by the TV siblings and many of them come from their collections. 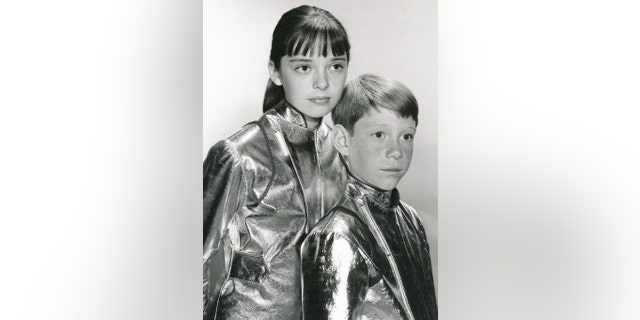 Angela Cartwright and Bill Mumy starred in ‘Lost in Space,’ which aired from 1965 until 1968.
(Legend Pictures LLC)

Mumy, 67, and Cartwright, 69, spoke to Fox News about working together again, growing up in the spotlight, as well as their favorite memories from the set.

Fox News: What inspired the both of you to release this book now?
Bill Mumy: We’ve collaborated on quite a few projects over half-century and we have a close relationship… It just seemed like a natural time. So much has happened in the six, seven years regarding “Lost in Space” with the new Netflix series.

We were both fortunate enough to be a part of a show like this one. And honestly, the pandemic pretty much kept us in lockdown at our homes so we needed a good project to work on. We wanted to help others get through these times and make people happy. 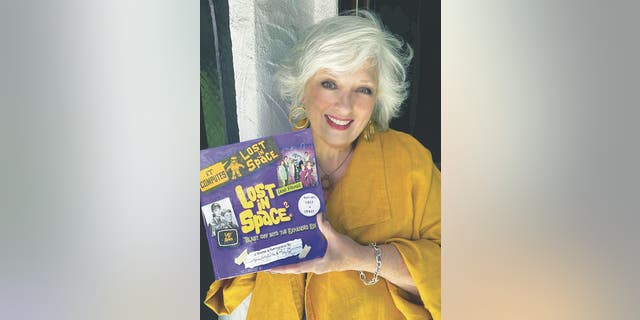 Fox News: Looking back, what do you believe was the secret behind the show’s lasting success?
Angela Cartwright: I think it was a very interesting time in history. It was the psychedelic ‘60s. When we started the series, The Beatles were at the top of the charts with “I Feel Fine.” And when we ended the series, they were recording “Helter Skelter.”

And the show never stopped airing all over the world. It’s been in nonstop syndication since 1965. So a lot of people still tune in and watch it. I get letters all the time about how they grew up watching the series and they’re now sharing it with their families. I think it brings back a little bit of innocence from our childhoods. There’s not a lot on TV today that you can sit and watch with the whole family.

Fox News: Bill, what was your initial impression of Angela when you first met her on set?
Mumy: I was quite a seasoned professional before we started filming “Lost in Space.” I started working when I was 5 and I was just shy of 11 when we started filming. And I had always had a crush on my female co-stars, such as Shirley Jones, Connie Stevens, Bridget Bardot, Elizabeth Montgomery and Barbara Eden. They were all beautiful blondes. But I must admit, when I saw Angela for the first time, it was powerful *laughs*… And I caught up. I’m taller than her now, so it all worked out. 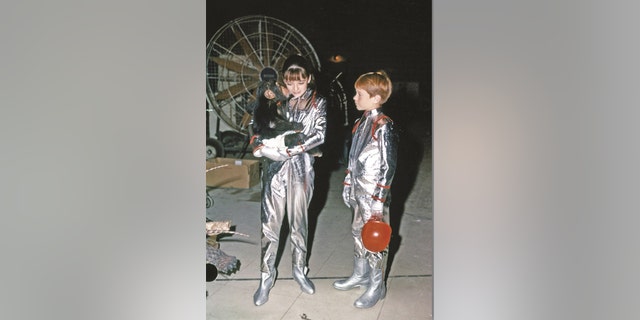 Angela Cartwright and Bill Mumy teamed up to write ‘Lost (and Found) in Space2: Blast Off Into the Expanded Edition.’
(Legend Pictures LLC)

Fox News: What about you Angela, what was it like working with Bill? You were also a child actress at the time.
Cartwright: Oh, it was great. I had just finished “Sound of Music.” I had been working with other kids, which I loved. And in “Sound of Music” it very much felt like a family. So I just loved the energy that Bill had. And the two of us just hit it off. We were very adventurous together and we had a great time filming the show. I mean, to get up every morning and do what you love for a living, what more could someone ask for?

Mumy: One of the things that you might be alluding to is the fact that we started dating each other [long] after the series ended. And that was a nice phase in our history. We’ve been friends for a long time now. Many years.

Fox News: What’s your favorite memory from your time on set?
Mumy: Every day after lunch, the great Jonathan Harris, who played Dr. Zachary Smith, would hand out Tootsie Pops to the entire crew and cast, every day, to give us a little sugar perk, to keep our energies going. That was something I always looked forward to. We had such nice chemistry with the cast. 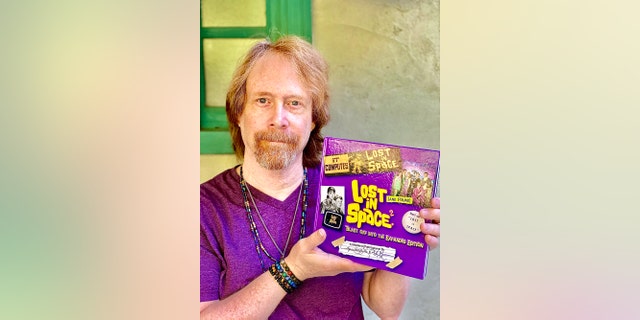 Bill Mumy shared his favorite memories from the set of ‘Lost in Space.’
(Legend Pictures LLC)

Bobby May, who was locked inside that claustrophobic robot, was very enthusiastic. We had a lot of fun together. I have nothing but great memories and feelings for the years we worked on the series. We still have a wonderful relationship years later. We’re still one big dysfunctional family. We’ve always kept in touch aside from making personal appearances at conventions. Our numbers may have dwindled a bit, but we’re still very much connected as a family. We still communicate with June Lockhart, who is 96.

And I love June Lockhart. She’s an amazing human being for sure. She was such an incredible wordsmith. She loved “Password” and she was even a guest on that show. She’s a very smart lady. She was so inquisitive all the time. She loved opera, the space program and rock ‘n’ roll. She brought the Allman Brothers to the studio when they were in a group called Hour Glass. She took me and Angela to the Whiskey-A-Go-Go. She got us tickets to see Simon & Garfunkel. June is truly a rock ‘n’ roll gal. 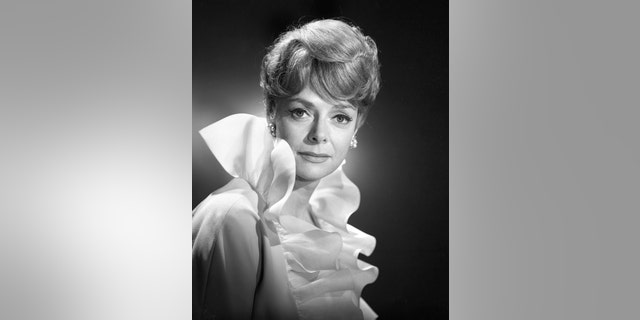 Fox News: What caused “Lost in Space” to end?
Mumy: That’s an interesting historical debate. There was no closure. There were no goodbyes. We had all been verbally told after the third season that we’d be back for a fourth season. In those days, a season was about 30 episodes. So there was no wrap party. We just said, “See you in six weeks” and went our way. There’s a lot of different theories about it, but ultimately the network wanted [TV producer] Irwin Allen to turn in a bunch of treatments for the fourth season and he didn’t get around to it. 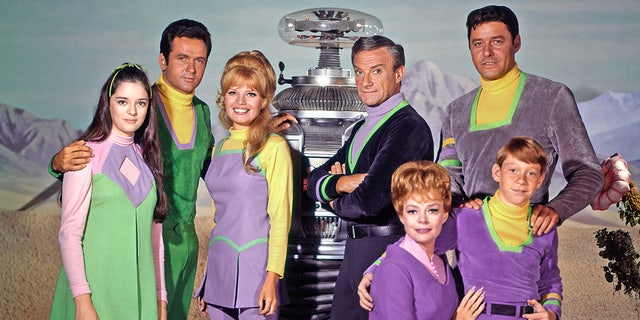 Bill Mumy said the cast never had a chance to say goodbye before the series ended.
(Legend Pictures LLC)

There were some budget misunderstandings and it just got, well, lost in space. It went to the cornfield. We got the phone call around April 1968 that after a little over three years of working together that we wouldn’t be working together anymore. Angela and I continued to attend school together for another year and of course, we stayed close. But we didn’t see everybody else in the cast regularly for quite a long time. Luckily, we [later] reunited and have been hanging out a couple of times a year, pre-pandemic. 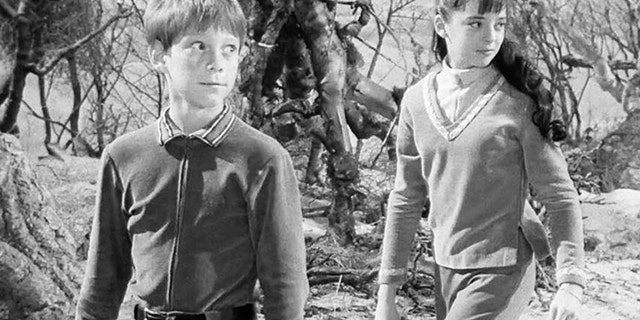 Fox News: Angela, was it difficult growing up in front of the camera?
Cartwright: No, I think it was easier because there wasn’t social media at the time… There wasn’t this pressure to be a certain way. It was very different. There was a kind of innocence about that. I started when I was 3 and continued to work all through my teen and young adult years. I bowed out a little bit because I wanted to be a mom. It was never a drag. There wasn’t this competition. Now everybody wants to be in showbiz even if they haven’t studied acting. It’s a whole different scene these days.

Fox News: So it was easier to be a child star in those days?
Mumy: I don’t think that’s true. I’m not saying anything negative about my experiences at all because I very much enjoyed doing what I did. But whether it’s 1965 or 2021, that’s still a minor who has to go to work for nine or nine and-a-half hours. A minor has to get a minimum of three hours of schooling within that time and have a lunch break. Then you have to memorize your dialogue in advance and deliver it.  I don’t think it’s much different now. 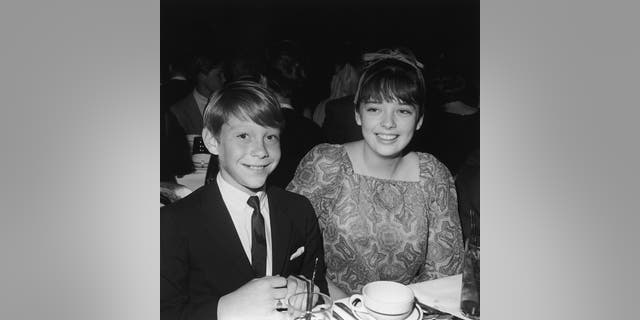 Fox News: It’s been said the series inspired some fans to pursue careers in NASA.
Cartwright: Absolutely. Bill and I were invited to go and see the liftoff of the Discovery, which was an amazing experience… So many of the technicians told us how much they loved “Lost in Space” and how it inspired them to go into the space program. That’s something we hear over and over again. And I think that’s part of the show’s success.

Fox News: What do you make of the new Netflix revival?
Mumy: I think it’s great. It’s very much in sync with the original tone of “Lost in Space.” If you look back at the first half of the first season, it was a pretty dark, science fiction story. But the network CBS aired the show during family hour so they started getting a lot of letters from parents saying it was too scary for little kids.

So “Lost in Space” started changing its tone somewhere around mid-Season 1. And the new Netflix series is very much in tune with the original vision. I got to play the original Dr. Smith in the Netflix series and Angela played Parker Posey’s mother… It was exciting for us to be a part of it and revisit the story again. 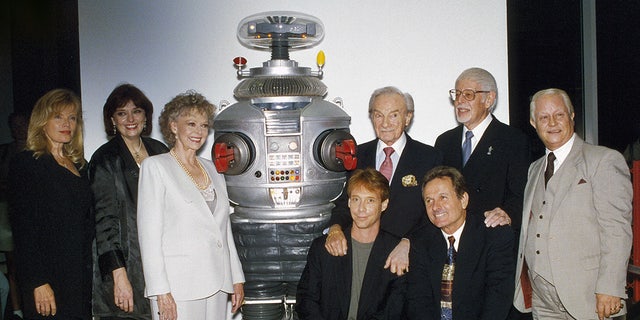 Fox News: What do you hope readers will get from the book?
Cartwright: A good time, some good memories… I hope it puts people in a happy place and I hope it satisfies the hardcore “Lost in Space” fans with seeing new photos and hearing new tales.
Mumy: … I think we’ve done a really good job of sharing our experiences of what it was like filming the show. I think it’s an interesting little pocket view into a show that has made people happy for over 50 years.