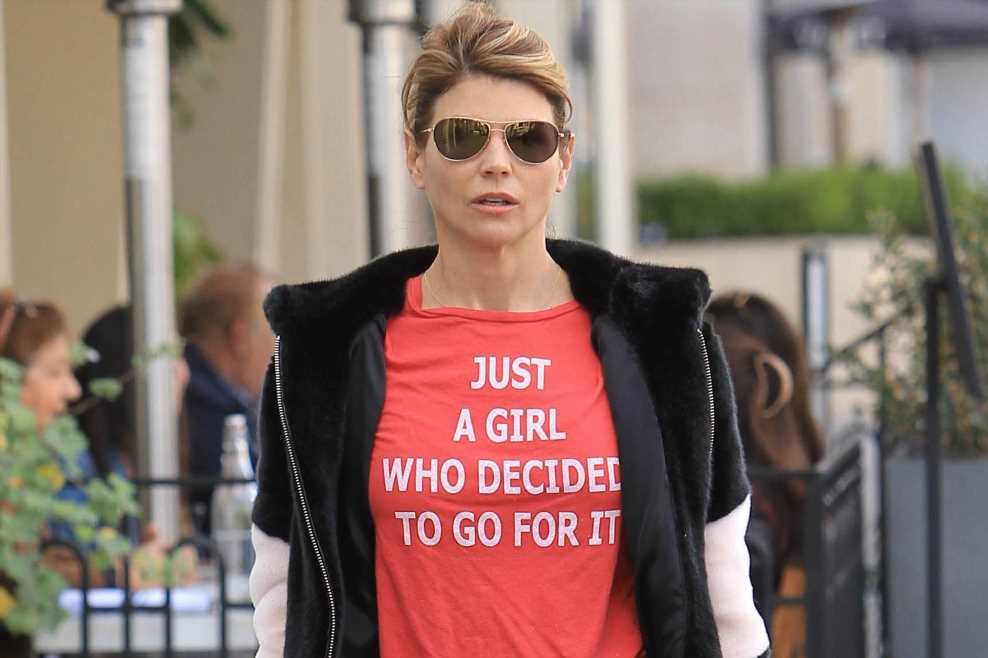 Lori Loughlin and her husband are shopping around for a crisis manager to help save their reputations amid the college admissions scandal, according to a new report.

Fixers from two firms told CNN they’ve been approached by the former “Full House” star and her hubby, Mossimo Giannulli, to contain the fallout from their arrests for allegedly paying $500,000 to bribe their daughters’ way into the University of Southern California.

But even they think the couple should be more focused on their actual court case than the court of public opinion.

“I truly believe she thinks she’s going to not serve jail time and return to work.”

Huffman and a dozen of the parents have agreed to plead guilty — but Loughlin and Giannulli have pleaded not guilty.

Meanwhile, Loughlin has reportedly been dropped from “Fuller House” and from the Hallmark Channel, while social media star daughter Olivia Jade Giannulli has lost many of her endorsement deals.

“She reads everything that’s written about her, and she’s already thinking about how she can turn her image around,” said the source.

The second fixer — who said they’d also been approached by three other defendants in the same scandal — said they told the couple they need to focus on their case first and repair their reputations afterwards.

“Resolving the legal situation should be [Loughlin and Giannulli’s] primary focus,” the crisis manager told CNN.

“Do I think [Loughlin] can come back? Yes. Being imperfect and explaining things from a parenting perspective can make her relatable when the time is right.”

Loughlin’s publicist denied that her client is looking for someone to contain the crisis.

“At this time Lori and Mossimo are focusing on their legal case. There is no crisis PR team being brought in,” Elizabeth Much told CNN.