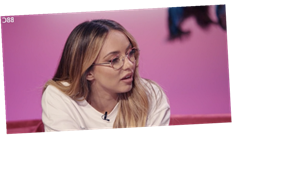 Little Mix star Jade Thirlwall has candidly revealed she once received therapy to help conquer her nerves with performing.

The 27 year old Black Magic singer, who recently recalled the horrific racial abuse she received, opened up about her struggles with nerves during Little Mix: The Search.

Earlier in the show, Jade joined her bandmates Jesy Nelson, Leigh-Anne Pinnock and Perrie Edwards to help find the UK’s next biggest band on Saturday 3 October.

As they watched talented singers audition, the band discussed how they still get nervous while performing after noticing how anxious some contestants were.

Jesy, who recently went Instagram official with Sean Sagar, turned to her bandmates and asked: “Do you guys still get nervous?”

And Jade added: “I'm terrible. I've got better but in the beginning I tried everything. I did therapy, counselling to try and calm my nerves.”

She continued to explain she has since learned how to deal with the pressure of performing as Jade said: “I do still get nervous now but I have learnt to deal with it better, but it impacts your vocals so much.”

Jade’s candid confession comes after her 29 year old bandmate Jesy concerned fans after having a panic attack during a live performance.

She was seen holding her hands up to show her bandmates that she was shaking, as they performed for the first time after lockdown on Tuesday, 15 September.

Leigh-Anne Pinnock was seen gesturing at Jesy to calm down, before Jade left her position on stage to walk over to Jesy and hold her arms as she spoke to her.

A person from backstage then came to speak to the singer, who had turned to face the back of the stage.

After their performance, Jesy later posted a video of the band’s rehearsal before the live performance and shared a message to fans on her Instagram.

She wrote in the caption: “So my nerves got the better of me today and I had panic attack right before we were about to sing this for live lounge today and like a pro @perrieedwards jumped in for my part last minute and smashed it this is what we originally did in rehearsals”.