Line of Duty star Martin Compston, 36, shared a behind the scenes look at the show as he revealed his reaction to Scotland landed a place at the European Championships. The actor shared the hilarious video on his social media, as viewers got to see his ecstatic reaction to the news.

The Scottish actor shared the moment when he was filming on the show and his national football team won a historic match.

Back in November 2020, Scotland ended their 23-year absence from major men’s tournaments with a win over Serbia.

Martin was on set at the time but viewers can see him in costume on set as it happened.

He screams for joy before hugging one of his fellow stars in the car.

Viewers can hear him say: “Yes! Come on! Come on Scotland! Yes! Come On!.” 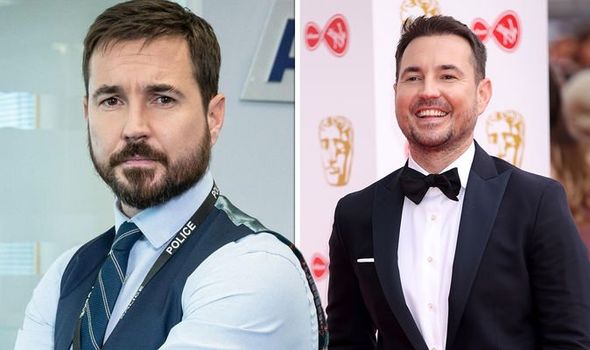 He then beeps the car he’s filming in out of pure joy.

Alongside the video, Martin shared a bit of insight about the moment, revealing he went from “Steve to Scots in point zero seconds”.

He wrote: “With an ep 2 epaulettes spoiler out the way, I can reveal what happens when your in the middle of raiding bent coppers but @ScotlandNT are in a penalty shoot out to end 20 year of heartache.