The television icon died Saturday morning in Los Angeles at the age of 87. No cause of death was given, but he had recently tested positive for coronavirus.

In the wake of his death, Somers, 74, opened up to Entertainment Tonight about the broadcast king.

“Larry King could talk to anyone about anything,” she said, noting that the star was full of “pure curiosity.” 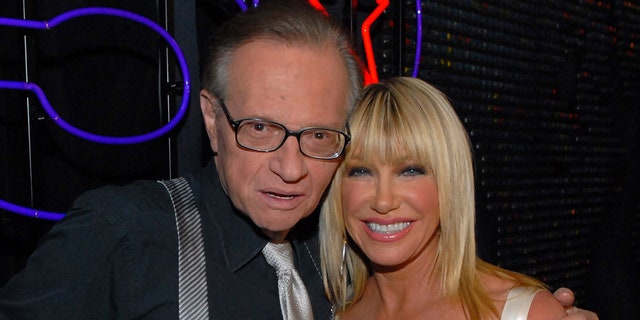 When news of King’s COVID-19 diagnosis broke late last year, the “Three’s Company” alum said that she was concerned.

“I was kind of expecting it,” she admitted. “His health has been bad the last several years, and when, every time I would see him, he was thinner and thinner and then he’s had so much sadness in the last few years, you know having two children die… within a short period of one another.”

Two of King’s children died just weeks apart in 2020. His 65-year-old son Andy died in July before lung cancer took the life of his 51-year-old daughter Chaia in August.

Somers also noted some of her success as an author is owed to King. 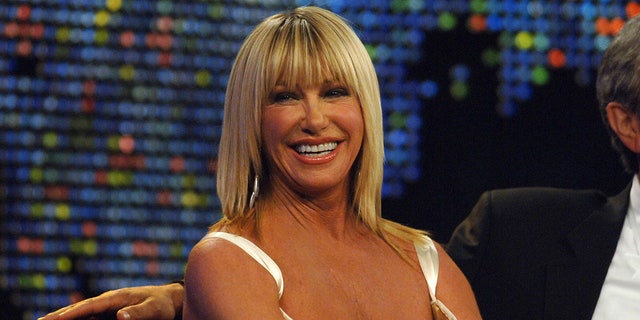 Suzanne Somers said she was a guest on Larry King’s show a number of times. (Photo by Michael Caulfield/WireImage)

“Of my 27 books, 14 became New York Times bestsellers, and it’s because of Larry,” said the star. “He, when I first started coming on, he would put me on for the entire hour.”

She continued: “[He] was never political if you think about it. He didn’t care what side of the aisle you were on, he just liked to talk to interesting people. And he didn’t put himself out there as an intellectual, he was a curious guy who got lucky and got on television.”

“There’s not many people like him,” said Somers. “The fact that you can’t turn on the airwaves right now without seeing something about Larry King shows the immense popularity of the man.”