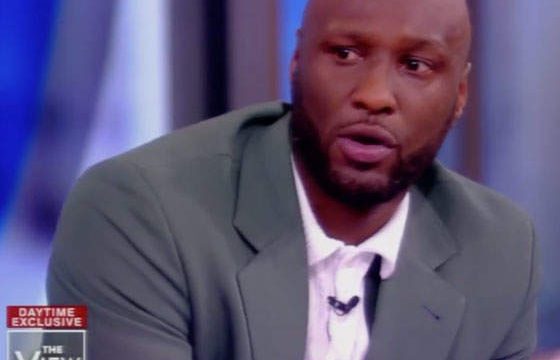 About three and a half years ago, Lamar Odom nearly waltzed with the Grim Reaper for a second time (the first was when he danced with Pimp Mama Kris at his wedding to Khloe Kartrashian), when he overdosed on the bad shit at The Love Ranch (aka The BunnyRanch Two) in Nevada. Up until now, we all thought that Lamar knowingly filled his body with all sorts of mind, soul, and organ-numbing stuff, which led to his almost appointment with death. But Lamar is now saying that he never took drugs that night and believes that brothel owner Dennis Hof, who died last year of a heart attack before his ghost won a state assembly seat in Nevada, tried to kill him by poisoning him. Lamar must’ve successfully completed Detective La Toya’s GETTING TO THE BOTTOM OF EVERYTHING™ online course, because he’s confident he’s going to find the truth!

The story was back then that Lamar went on a multi-day crack-smoking binge at The Love Ranch, and if doctors looked at a drop of his blood under a microscope at the time of his overdose, they’d see tiny Charlie Sheens doing the cha-cha. Because apparently doctors found every drug imaginable in his system. But while promoting his memoirs (the one where he writes that his dick has visited 2,000 coochies and he used a rubber dick to pass a drug test), on The View yesterday, Lamar dropped the claim that his lawyers talked to workers at the brothel who said that Dennis Hof tried to take him out.

Whoopi: You OD’d pretty much and almost left the planet.

Lamar: I think… Dennis Hof… I don’t know what he had against me, but I didn’t do drugs that night, to be honest with you. So I don’t know if he tried to poison me.

Lamar: Dennis Hof, the owner of the brothel. I don’t know what he had against me.

Whoopi: Maybe it was fatigue or something.

Lamar: Naw, he tried to kill me.

Joy: Can you prove it?

Lamar: I can’t, but my lawyer has workers at the brothel who said he tried.

Lamar then said that his daughter told him to drop it, but he wants to clear his pristine image and name. Lamar also told TMZ that he doesn’t know why Dennis Hof wanted him dead but he’s looking for answers.

Lamar writes in his book that he doesn’t remember much about the days leading up to his overdose, but yet he somehow remembers that drugs never touched his lips. Okay.

After Lamar almost died, legal pimp Dennis pimped himself out to anybody who put a microphone in front of him and talked about Lamar’s overdose including how he thought the Kardashian Koven put a hex on him, which is why his house burned down. Dennis Hof isn’t here to answer to any of this, but if he was, he’d probably blame the Kardashian kurse. He’d say that the Koven put the dark-sided thoughts in Lamar’s head so that Dennis would go down, end up in prison, and the Kartrashians would win! The Koven obviously needs to brush up on their evil black magic skills since that didn’t happen. Although, Dennis Hof did die two years after the Koven put a hex on him, so maybe not.

And I cannot fully believe Lamar’s claims until I hear from seasoned BunnyRanch goddess Air Force Amy who is honestly the only voice in this mess we can fully trust!