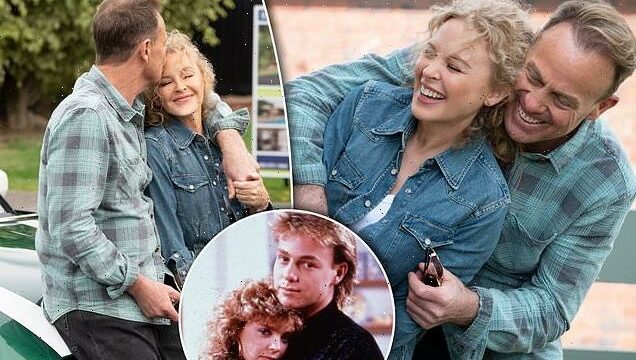 ‘Now we’re back together’: Kylie Minogue brings back her famous 80s curls as she embraces Neighbours co-star and ex Jason Donovan for their final scene together on iconic soap

Kylie Minogue and her real-life ex Jason Donovan have finally reunited for their final scenes on Neighbours, sharing some sweet photos on Instagram on Monday.

The blonde superstar, 54, brought back her iconic curls to reprise her role as Charlene Robinson to star alongside Jason, who plays her husband Scott, for the iconic soap’s final episode.

Minogue captioned images of the pair together on her Instagram account, ‘Now we’re back together’, referencing the show’s theme tune lyrics. 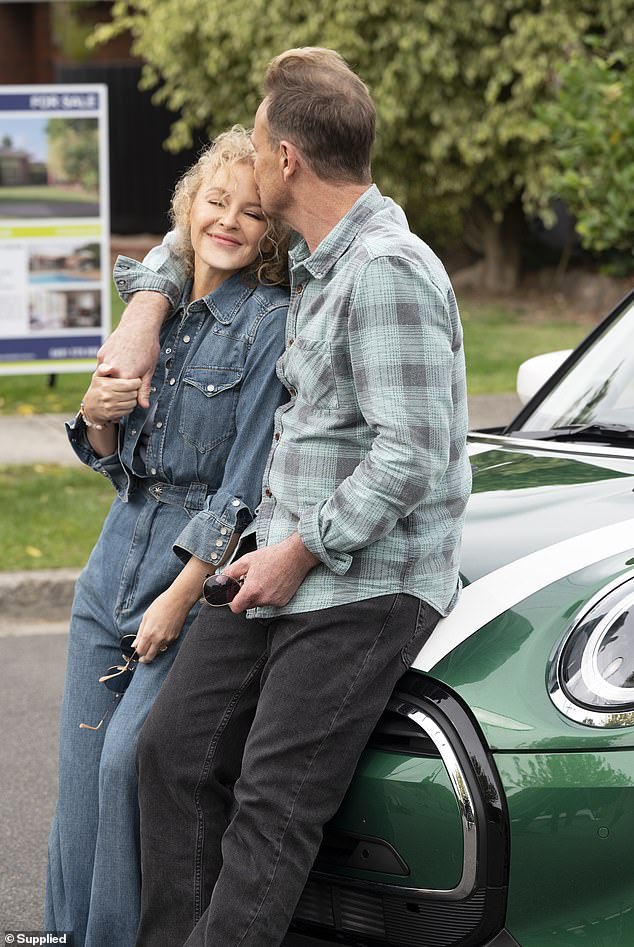 The pint-sized pop star donned her character’s famous mechanic overalls for what would be her final appearance on the cancelled series.

Kylie’s appearance comes as the cast filmed their last scenes after the show was axed after 37 years.

And actor Alan Fletcher, 65, who’s played Dr Karl Kennedy in the show for 28 years, has revealed he found his final scene ‘overwhelming’ to film.

While the final plot details are under wraps, former stars Kylie Minogue, Jason Donovan and Guy Pearce will return briefly to the roles that made them famous. 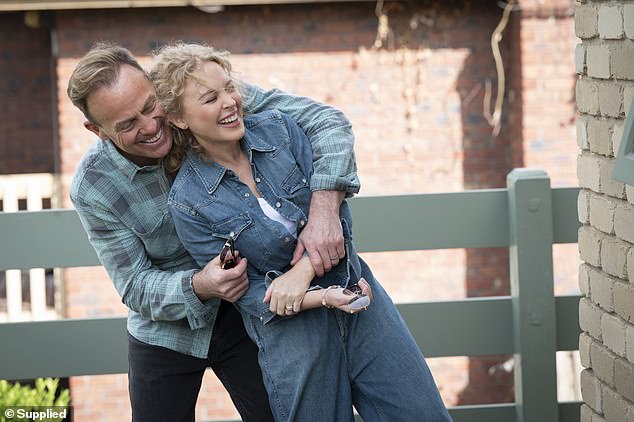 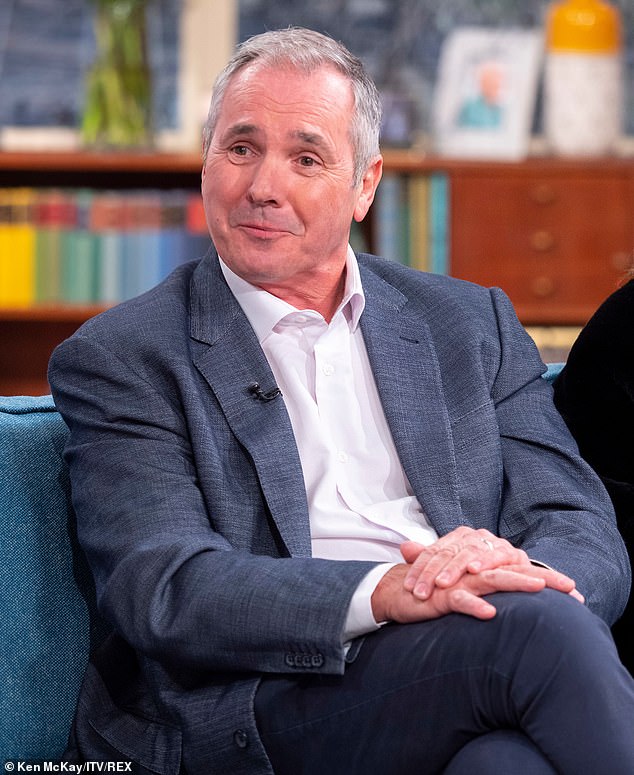 ‘We struggled to fight back tears’: Neighbours’ Alan Fletcher says the cast found filming their final scenes in the soap ‘overwhelming’ as the show is axed after 37 years

Speaking To The Mirror the actor said:  ‘It was very hard to fight back tears as we were saying the dialogue for what was going to be the last moments of the show.

While Kylie and Jason, who played Charlene and Scott Robinson, filmed their roles away from the set, due to the pop princess’s schedule – Memento actor Guy (Mike Young) returned to Melbourne. 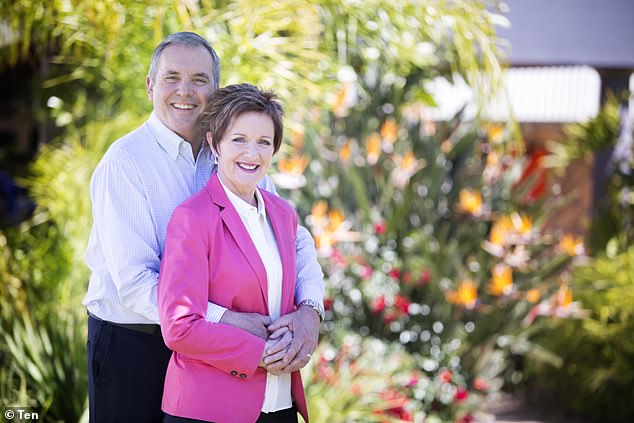 End of an era: The actor has played the role of Karl Kennedy since 1994 (pictured with co-star Jackie Woodburne who played his dutiful wife Susan)

“One of my favourites was Guy Pearce. There wasn’t a single person who was asked to do something for the end, who was available, who said no’; Alan revealed.

It comes as  Channel 5 has announce Friday 29th as the transmission date for the soap’s final episode.

Fans in the UK can watch the iconic Australian soap come to a close at 9pm on Friday 29th July with a double episode special. 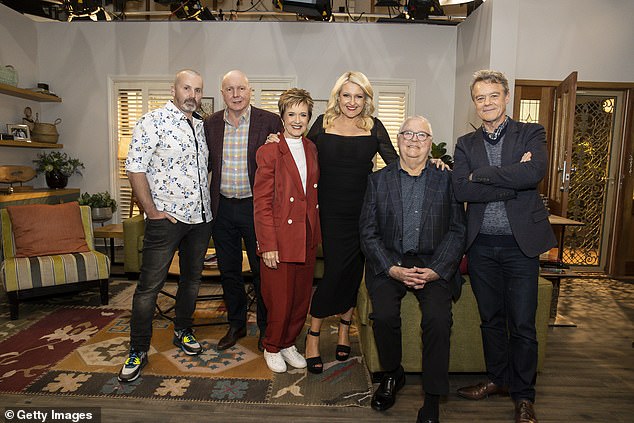 Featuring in it’s usual TX slots at 1:45pm and 6pm it will be followed by the history-making finale which will air later the same evening.

In what is set to be a gripping and emotional finale, fan favourites from the past will be returning to Ramsay Street to celebrate with Erinsborough locals.

The send-off promises to have something for everyone, spanning all generations and decades from the opening scene in 1985, to the final episode in 2022. 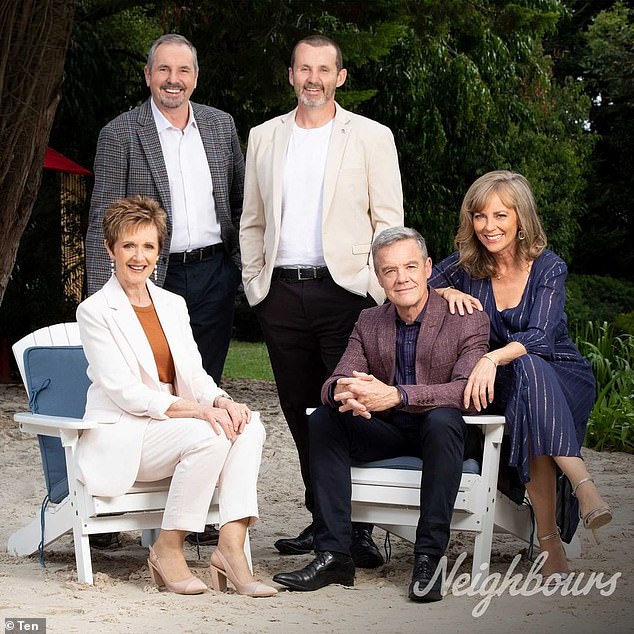 Tour: The stars of Neighbours will reportedly embark on a ‘farewell tour’ of the UK after the finale episode airs in Augus

Channel 5 teased that further announcements will be made in the coming weeks about additional surprises to send off the iconic soap in style.

The Australian soap was axed in March this year following the loss of its main UK broadcast partner, Channel 5.

News of the finale air date comes after it was reported that the stars of Neighbours will reportedly embark on a ‘farewell tour’ of the UK after the finale episode. 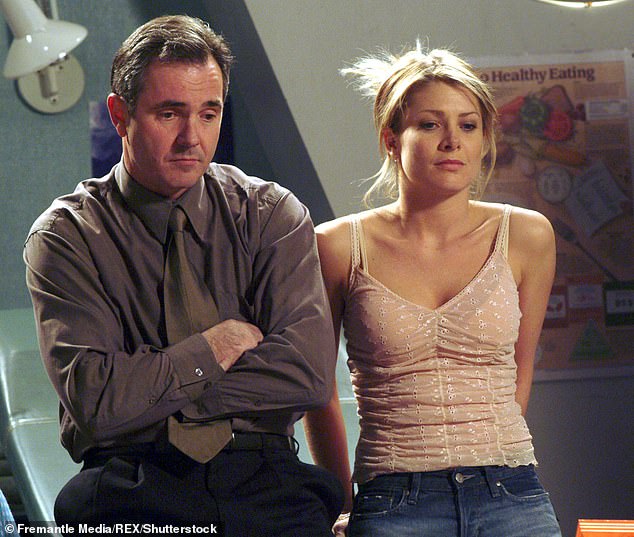 Drama: the character has featured in many high p[profile stories throughout the years (pictured with co-star Natalie Bassingthwaighte)

The soap had previously planned an ‘in conversation series’ in 2020, coinciding with its 35th anniversary, but had to cancel due to Covid.

These plans have now apparently been rebooted as a ‘farewell tour’ but the ‘key stars’ taking part in the rumoured tour have not been revealed.

It comes after executive producer Jason Herbison hinted Kylie Minogue and Jason Donovan may have a bigger role in the finale than previously reported. 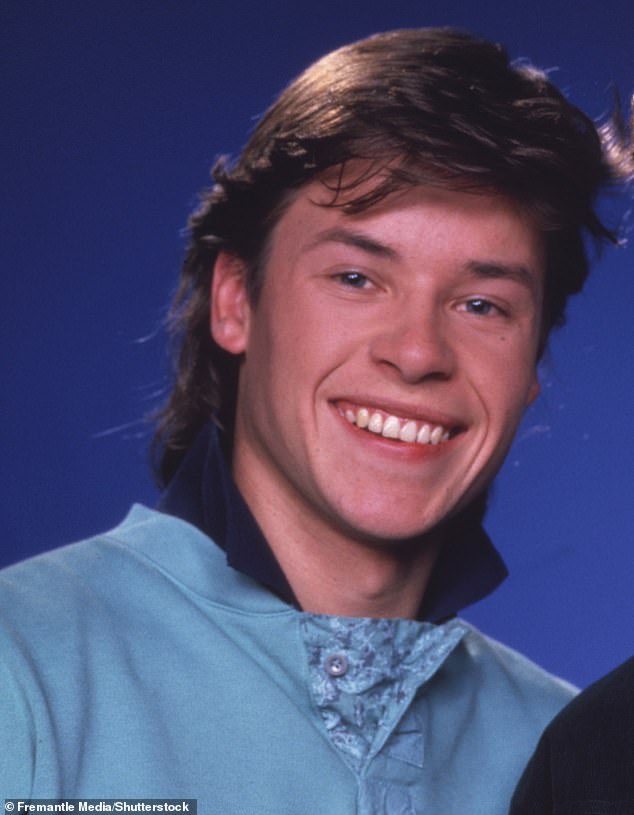 Back for more: While the final plot details are under wraps former stars Kylie Minogue, Jason Donovan and Guy Pearce will return briefly to the roles that made them famous (Guy pictured in the show in 1988) 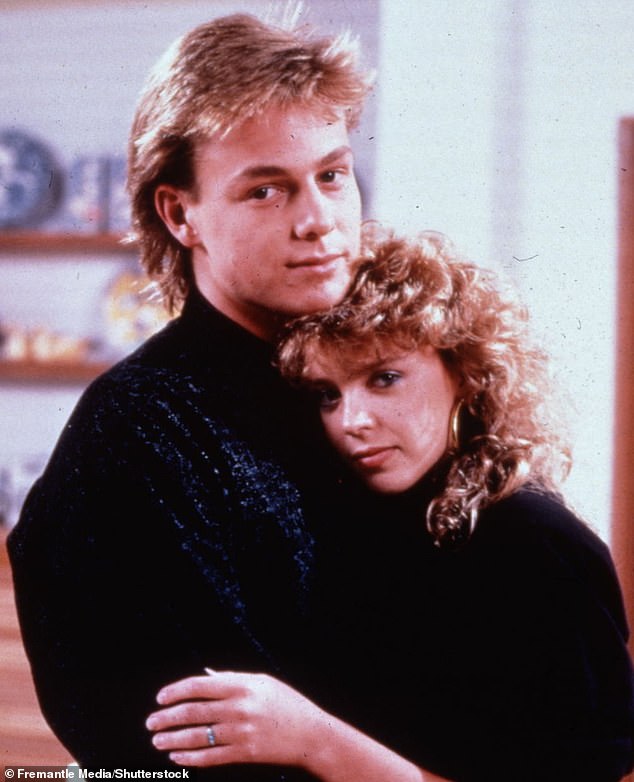 Can’t wait: The send-off promises to have something for everyone, spanning all generations and decades from the opening scene in 1985, to the final episode in 2022. (Pictured: Kylie Minogue and Jason Donovan on the show in 1988)

Mr Herbison told The Herald Sun that a recent storyline ‘leak’ did not fully explain how the ’80s golden couple will return to Ramsay Street.’What I’ve read is not what happens which is great. It hasn’t come out yet,’ he said.

Mr Herbison kept tight-lipped about the details of their appearance, but he did say the cameo was ’emotional’ for the actors.

‘Seeing Kylie back as Charlene was quite a moment. Very special and I think for them too it was a real full circle for them,’ he said.

Kylie and Jason’s wedding on the series 34 years ago was watched by 22 million people across Australia and the UK.

Neighbours: The Finale will air The final episode will air in Australia on Monday, August 1. 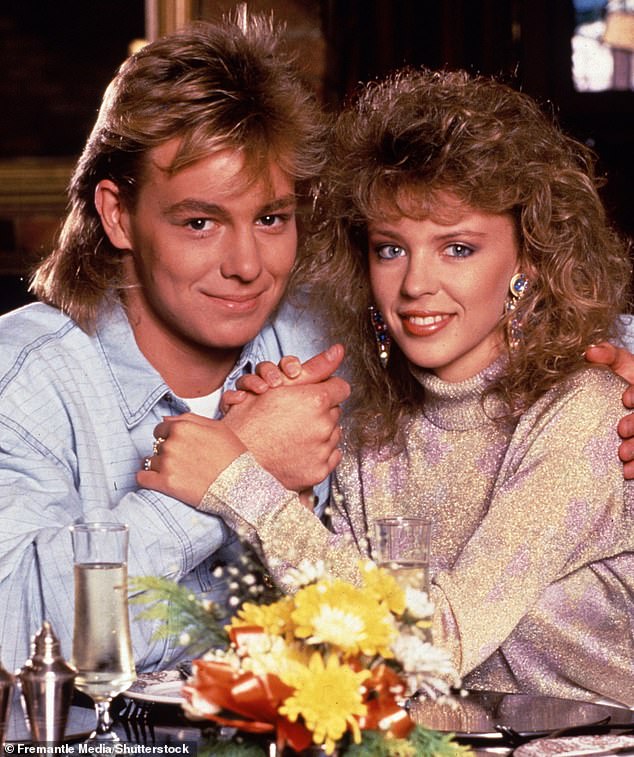 Coming home: It comes after executive producer Jason Herbison hinted Kylie Minogue and Jason Donovan may have a bigger role in the finale than previously reported