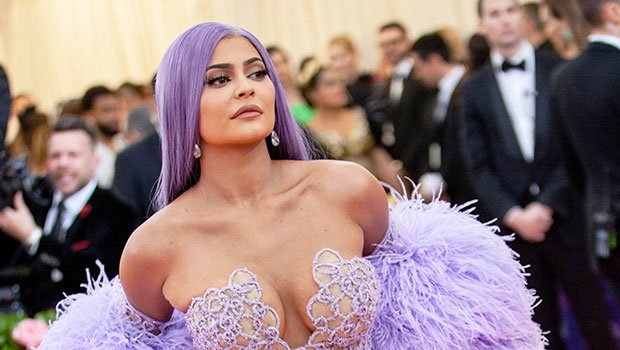 Kylie Jenner, 21, looked stunning when she stepped on to the Met Gala red carpet in a figure-hugging Versace gown on May 6. Now she’s being accused of using Photoshop trickery to slim her already tiny waist.

Kylie Jenner, 21, is being accused of using Photoshop to narrow her waist in an already stunning Met Gala pic of herself. The mom-of-one looked breathtaking on May 6 when she arrived at the fundraiser for the Metropolitan Museum of Art in New York. She wore a figure-hugging purple Versace gown, which showed off her hourglass shape. Kylie posted a photo of herself on her Instagram page that night and gave a “shout out” to her glam squad that helped her to pull together the look. (Click HERE to see Kylie’s Instagram pic.)

But the Instagram page, Celebface (which is run by an anonymous person and is dedicated to highlighting Photoshopped images of the stars) called Kylie out by sharing a side-by-side comparison of the two photos. In the image that the beauty mogul shared, her waist appears to be slimmer than in the original pic shot by a Getty agency photographer.

Celebface followers soon lashed out at Kylie, accusing her of deliberately altering the original image to trim her waist. “Omg kylie wtf! You know expectations have gotten out of control when a combination of liposuction, waist-trainers, AND corsets aren’t enough and you STILL feel the need to photoshop yourself!!” one person wrote, accusing the Keeping Up With the Kardashians star of having plastic surgery. “So unhealthy for young girls to see!”

Other followers were quick to bash Kylie. “At this point it [sic] just ridiculous,” another person wrote. “Kylie’s waist was already so tiny??” yet another person added, while another outraged follower commented by writing, “Imagine spending how much money on plastic surgery just to feel like you still need to Photoshop your pics. I feel bad for them lol.” HollywoodLife reached out to Kylie’s rep to see if the star had a comment on the backlash. We’ve yet to receive a response