Kristin Chenoweth was a guest on Watch What Happens Live to promote her latest book, I’m No Philosopher, But I Got Thoughts: Mini-Meditations for Saints, Sinners, and the Rest of Us. Host Andy Cohen asked Kristin about one of the stories in the book, an injury she sustained while filming The Good Wife. In 2012, Kristin joined the series as Peggy Byrne. However, she was injured on-location and unable to finish her character’s arc. During an outside shoot, a lighting feature hit her in the face, which threw her to the ground, causing a seven-inch head fracture and cracked teeth. Andy asked Kristin if anyone from CBS had reached out to her since she’d shared her story in the book. After Kristin said no, Andy said he was surprised she hadn’t asked for any compensation for the accident. Kristin said she regrets not suing them now and that the only reason she didn’t was because of fear and anxiety.

Kristin Chenoweth is revealing that she regrets not suing CBS after her injuries while filming The Good Wife in 2012 following an accident.

The Emmy and Tony award-winning star detailed the incident she suffered on the set of the drama in her new novel I’m No Philosopher, But I Got Thoughts. During an appearance on Watch What Happens Live, host Andy Cohen asked her if she had heard anyone from the eye network after releasing her book.

Chenoweth said no and agreed that she regretted not pursuing legal action against the broadcast network adding, “I didn’t do it out of fear and anxiety, so don’t ever let fear rule your life. I have long-standing injuries from that. I wished I had listened to my dad, who said, ‘You’re gonna wanna do this.’ And we’re not the suing family, but when you’re practically killed…”

The Pushing Daisies alum joined The Good Wife in 2012 in a recurring role for Season 4. While filming an episode on-location for the series, she was struck by a piece of lighting equipment and was hospitalized.

“I heard, like, a flagpole sound. I literally heard, ‘We’re losing the light.’ I heard, ‘Action.’ And I woke up at Bellevue [Hospital],” she recalled on the Bravo late-night show. “It hit me in the face and it threw me into a curb. Seven-inch skull fracture, hairline [fracture], and teeth and ribs.”

My gawd, that sounds horrifying. I was trying to make a connection between Kristin’s head injury and her chronic migraines, but she suffered from migraines before the accident. I can’t imagine the head trauma helped, though! Kristin was due to collect for this. I’m not quick to sue either, but she lost work as a result, specifically the series she was filming when a light almost killed her. I can’t believe CBS didn’t try to offer her something up front to make things right. I know it’s hush money, but at least Kristin would have gotten something. I hope they took it upon themselves to do a full investigation to see if negligence or faulty equipment was involved at least, make sure it didn’t happen to anyone else. Oh, who am I kidding. Like Hollywood cares if they aren’t being sued.

Kristin also said that the doctor asked what the metal clips on the back of her head were and she said they were hair extensions. The doctor said they were what saved her life because they kept her fracture together. See? Beauty can save lives! I’m glad Kristin is still here to tell this harrowing story with her signature humor. I’m sorry she still has issues from the knockout, though. I feel like there’s something that still could be done. In the clip, Kristin advises the audience, “don’t ever let fear rule your life,” like she had when it came to suing. It’s good advice. And hopefully something I won’t have to sustain a head injury to realize. 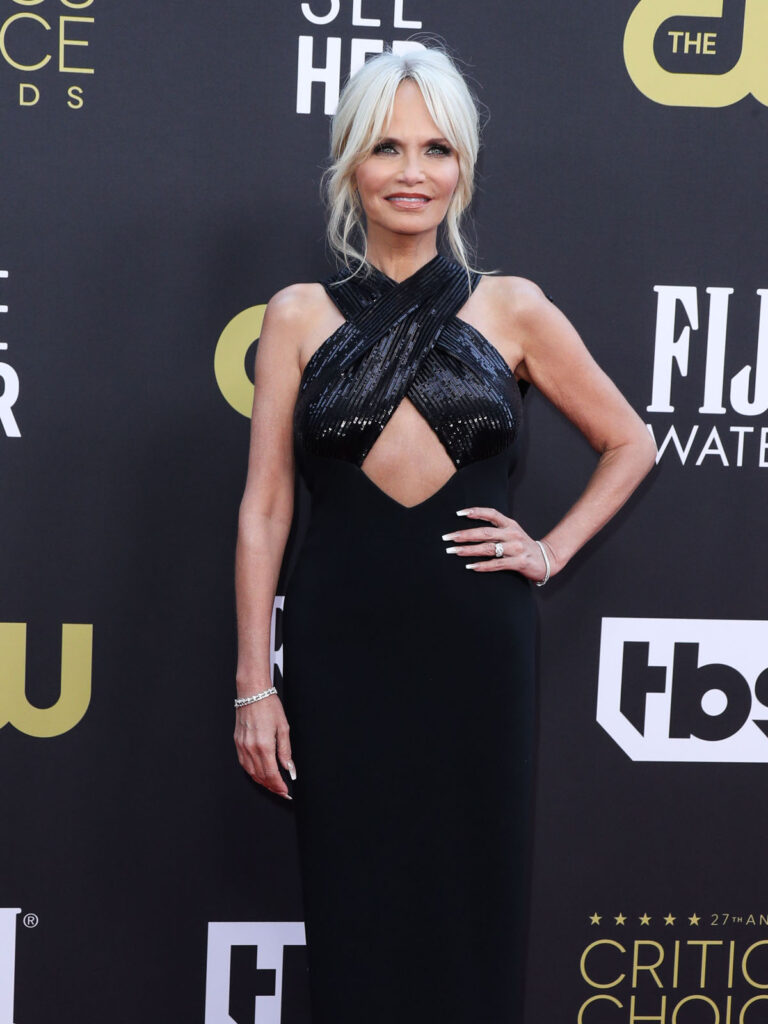