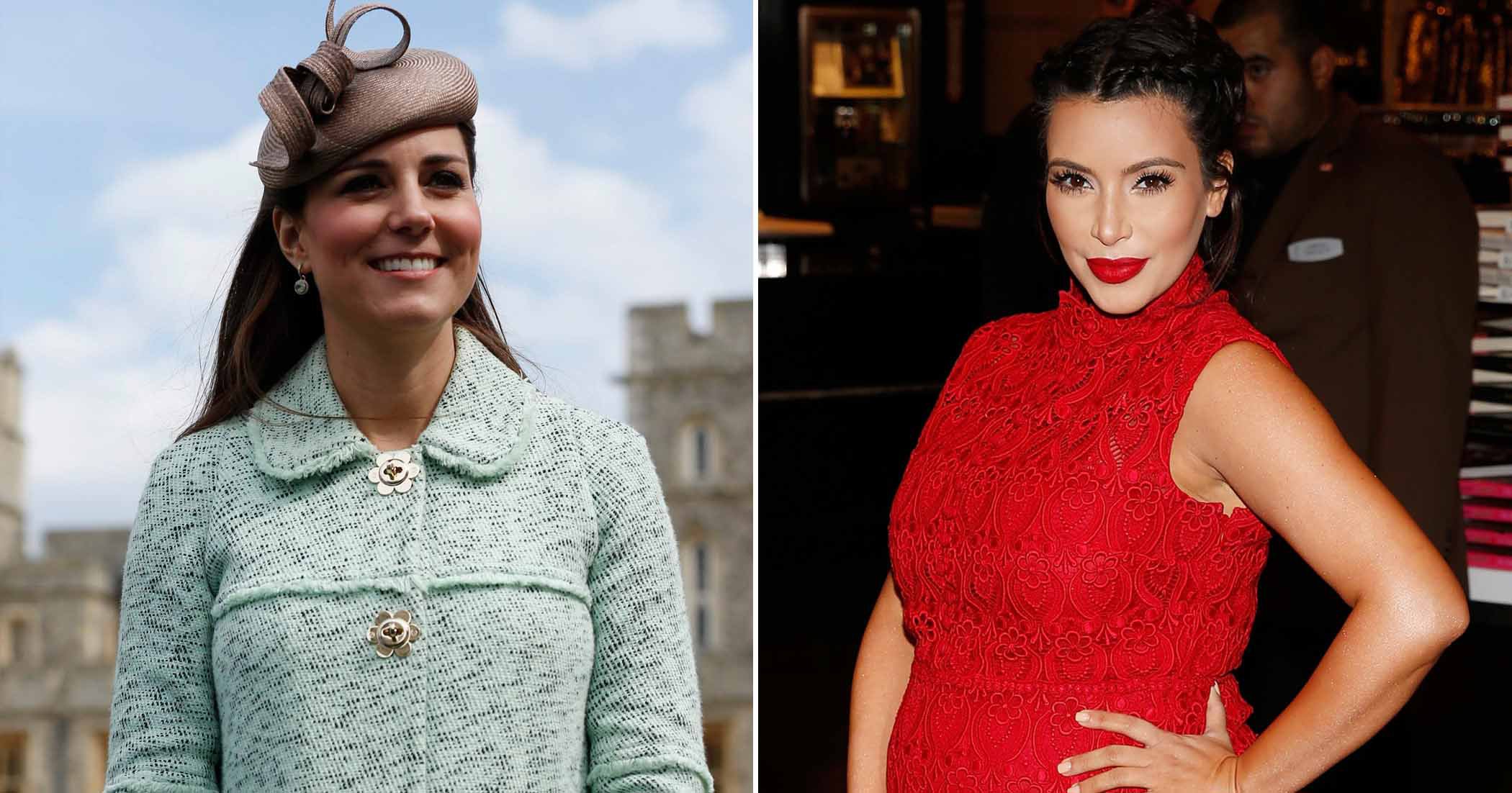 Kim Kardashian West was left in tears after being compared with the Duchess of Cambridge while she was pregnant.

Back in 2013, the billionaire businesswoman was expecting her first child, daughter North, with then-husband Kanye West, while Kate was pregnant with her first son, Prince George, with husband Prince William.

Kim, who has gone on to have three more children, two via surrogate, didn’t enjoy being pregnant and has called out the media for its ‘nasty’ comparisons between her and Kate.

Speaking on the We Are Supported By podcast with hosts Kristen Bell and Monica Padman, the 40-year-old said the press ‘brutalised’ her, saying: ‘It was really, really crazy. They would always compare me to Kate Middleton so it would say “Kate the waif and Kim the whale, the waif versus the whale”.

‘It was so nasty. I don’t think that would really fly today, but it killed my self-esteem. I really can’t believe that this was acceptable and that this was OK.

‘But I would sit at home and cry all the time.’

After being diagnosed with pre-eclampsia, Kim suffered swelling in her feet and face while pregnant.

North was born in June 2013, a year before Kim and Kanye got married, and son Saint followed in December 2015.

However, the former couple welcomed children Chicago, three, and Saint, two, via surrogate, due to complications Kim suffered in her first two pregnancies.

The make-up mogul developed the condition placenta accreta, which occurs during pregnancy when blood vessels and other parts of the placenta grow too deeply into the wall of the uterus.

After childbirth, the placenta typically detaches itself from the uterine wall but part of it – if not all of it – can remain fully attached if the mother suffers from placenta accreta.

Speaking about the traumatic experience, Kim said that a doctor ‘had to stick his entire arm in me and detach the placenta with his hand, scraping it away from my uterus with his fingernails’.

She wrote on social media: ’How disgusting and painful!!! My mom was crying; she had never seen anything like this before. My delivery was fairly easy, but then going through that—it was the most painful experience of my life!

‘They gave me a second epidural but we were racing against time, so I just had to deal. They say that this is what some women died from as a result of childbirth back in the day, without proper care. I’m so thankful that my doctor was able to catch this and address the issue immediately.’

After she gave birth to Saint, doctors warned her against carrying any more babies herself.

The reality star now shares joint custody of her four kids with Kanye, 44, after the pair’s split earlier this year.

Despite filing for divorce from the rapper in February, Kim has been supporting her estranged husband in the lead-up to the release of his upcoming album Donda, and has brought their children along to various listening parties.