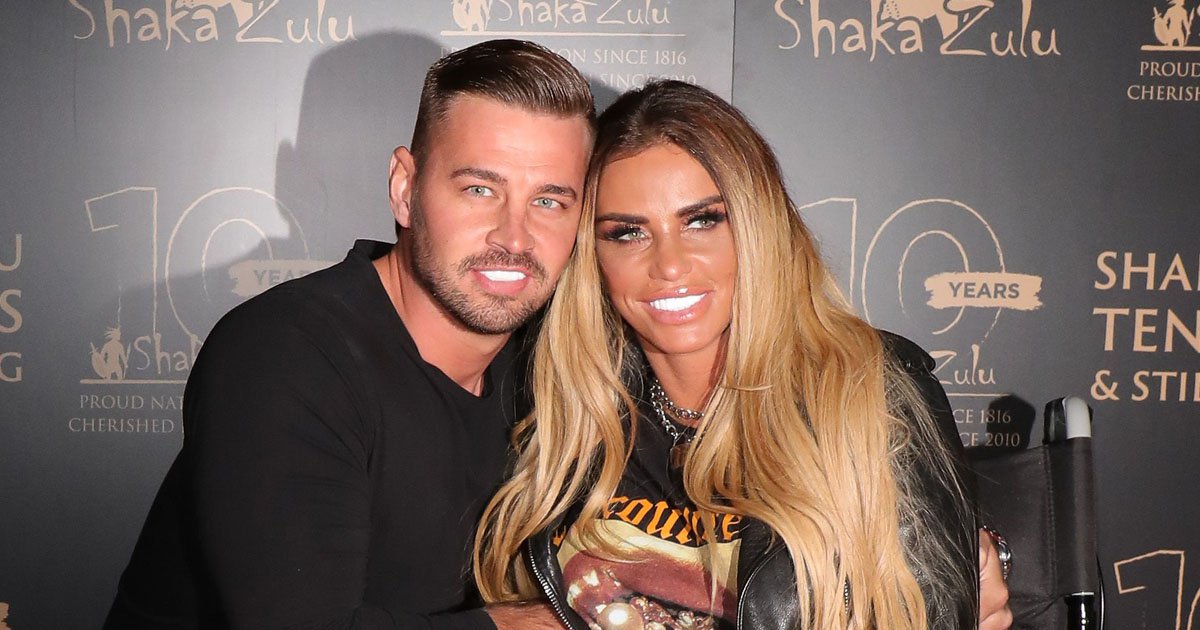 Katie Price and Carl Woods have avoided being fined after police questioned them over their travel to Shropshire during lockdown.

The couple were spotted at driving away from Henlle Hall Cottages in Shropshire on Monday having spent the Valentine’s Day weekend there, according to Mail Online.

It came after Carl was spotted gifting Katie bespoke bouquets of flowers worth £5000 each, including one that contained a 22 carat gold rose, at his Essex home where the pair were previously believed to have spent the romantic day.

However a rep for the mum-of-five has told Metro.co.uk they were at the cottages for ‘business purposes’, which is allowed according to the current Covid-19 guidelines.

Katie and Carl were visited by police when they were in the area and were not fined for making the journey.

‘The Shropshire Police have confirmed they are satisfied after questioning that both Miss Price and Carl Woods were there for legitimate business purposes. No fines were issued,’ Katie’s publicist said.

Police told MailOnline in a statement: ‘We received reports on Sunday 14 February of a possible Covid breach at a location near Oswestry.

‘Officers attended and after speaking to the manager of the premises identified that two individuals were staying at this location.

‘It was found that they were there for legitimate business purposes and were issued with any fines.

‘We are continuing to liaise with the premises to see if any breach of the Covid-19 regulations has taken place on their part.’

Carl has been by Katie’s side during a difficult year in which she broke both feet in a horrific accident on holiday.

The My Crazy Life star has been focusing on her eldest son Harvey, 18, who will be moving to a new residential college in order to become more independent.