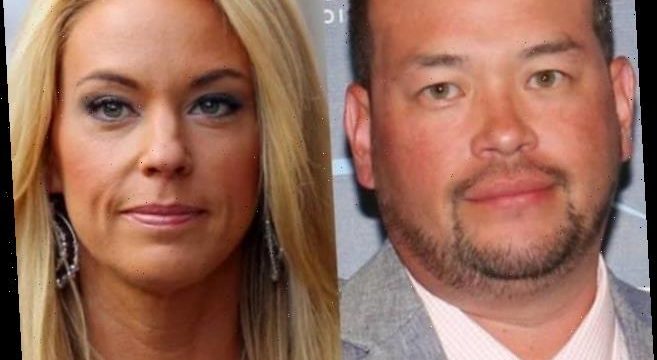 Back when they co-starred on Jon and Kate Plus 8, the Gosselins were sort of a running joke.

They just seemed to exasperated by life and sick of each other, you know?

Right now, however, following a troubling accusations of child abuse against Jon Gosselin… absolutely no one is laughing.

Earlier this week, reports surfaced that the County of Berks, Pennsylvania Child & Youth Services had opened investigation into an allegedlly violent incident between Jon and his 16-year old son, Collin.

According to People Magazine, the incident dates back to some time this summer when father and child were in a car together.

“Collin got furious and was screaming and swearing,” this insider told this publication, adding in excruciating detail:

“When they got home, he was still screaming and cursing and he went into the garage and got … a big heavy bottle of liquid — and hurled it at Jon’s car, denting it.

“Jon got out of the car enraged, put him in a headlock, punched him square in the nose, and when Collin fell to the ground, then he kicked him in the ribs.”

This source went on to say that police were called to the scene, but no charges filed at the time.

A day after this story went public, a representative for Jon denied the assault took place — and even denied any investigation was taking place.

This rep went on to allege that “no charges have been filed against him and there’s no ongoing CYS investigation,” concluding:

“Collin has endured severe trauma. Jon is a loving father who has worked hard to ensure that his son gets the support and help he needs.”

Kate Gosselin, meanwhile, has now spoken up in outrage over this response.

“Until I receive the letter in the mail from CYS about whether they’ve deemed the allegations founded or not, it is ongoing,” she told People on Friday.

“My point of contact at CYS has not told me otherwise, so I have every reason to believe it is still ongoing.”

Kate and Jon divorced back in 2009, following several years as co-stars on a popular TLC reality show.

They share eight kids together, two of whom — Collin and Hannah — have been living with Jon for over a year now.

Jon earned temporary custody of Collin in late 2018 after he had been placed years before into a special needs facility by his mother.

She never detailed the reasons behind this decision.

“I am horrified that this man is the father of my children,” Kate also told People this week. “I don’t want my children to be associated with someone who loses his mind because his car got dented.”

Collin appeared to refer to this altercation a few days ago on Instagram when he trashed his dad as a “liar” and wrote:

“Yesterday he beat me up and thought nothing of it, he punched me in the face and gave me a swollen nose and I started bleeding.

“He then continued to kick me in the ribs after I was on the floor.”

“got a new cut and I’m doing better than ever. Life is too great to not enjoy! #livelikeitsyourlastday.”

Kate, however, clearly believes that something transpired between her ex-husband and her teenage son.

Something really horrifying and awful.

“I do not want this buried, swept under the rug or minimized.

“As a mother, I am not going to sit quietly and idly by while my child, any of my children, is assaulted by anyone, let alone their own father,” she continued to People.

“I am spotlighting this, and I will keep shouting about it, in the hopes that the authorities and the courts will finally do the right thing.

“Do not return my child to an abuser’s home. Jon needs to be charged with a crime. If this were your child, would you feel okay with having it swept under the rug?”

“I stayed silent for a long time as Jon has repeatedly tried to start world wars with vicious words, allegations of abuse that were always unfounded, but I never engaged — I never fought back for myself or to defend myself, because there were eight people who matter more to me,” she said.

“But now that it involves one of my children, I will not stay silent anymore.

“Say whatever you want about me, and I’ll stay on the high road. But you harm my children, I’m ready to fight back.”