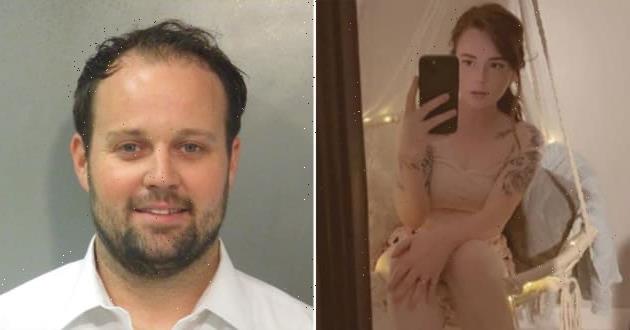 When Josh Duggar was arrested on child pornography charges back in April of 2019, those who were familiar with his backstory were not terribly surprised.

After all, the 34-year-old had a very long history of sexual deviancy and predatory behavior.

Back in 2015, the world was shocked to learn that Josh had molested five young girls, four of whom were his sisters.

Adding to the horror was the fact that Josh’s parents, Jim Bob and Michelle Duggar, had worked to cover up his crimes and protect their eldest son from prosecution.

Then, as now, Josh was surrounded by enablers.

In fact, it seems that his parents and his wife, Anna Duggar, still believe that Josh is innocent.

Fortunately, Josh’s many victims courageously stepped forward to ensure that justice would be served.

In 2015, a woman named Danica Dillon revealed that she had a paid sexual encounter with Josh.

Dillon says that Josh became extremely violent during this encounter, even going so far as to say that he tried to kill her.

Earlier this week, another victim of Josh’s predatory behavior came forward, and once again, she had a shocking tale to tell about the former reality star’s abusive tendencies.

Karlie Brooks also says she had sex with Josh in exchange for financial compensation.

Brooks is an adult content creator who revealed on her TikTok page that Josh paid her for sex several years ago.

“Speaking of Josh Duggar, I am ashamed to say this, but I have slept with him a few years ago when the whole Ashley Madison scandal came out,” Brooks told her followers.

“I was one of the women that slept with Josh during that time and just hearing everything that has gone down with him makes me absolutely sick,” she continued,

Brooks went on to reveal that she was very well compensated by the father of seven.

“He paid me a generous — a really good amount of money,” she claimed, noting that she wouldn’t publicly disclose the exact amount that she was paid.

“But, yeah, I slept with Josh Duggar.”

Karlie went on to reveal several disturbing fetishes that Josh indulged in during their time together.

Apparently, Josh would buy children’s clothing for her to wear during their time together.

She says that he insisted she wear her hair in pigtails and cover up all of her tattoos, so that he could better pretend that she was a child.

Naturally, there was no way for Karlie to know that Josh would eventually be charged with so many crimes related to the sexual abuse of minors.

But it seems she’s ashamed that she ever played even a small role in his perverse fantasies.

Karlie has now deleted all of the TikTok posts in which she discussed her encounters with Josh.

“I am so disgusted that I’ve been with him,” she said in one of her posts.

Of course, what Karlie is feeling is common to victims.

Josh enjoyed a position of great power in his community, and many of his victims no doubt believed that they would be shamed and dismissed if they were to go public with their allegations.

Which is why Karlie and the other women who were victimized by Josh deserve a world of credit for telling their tales.

Were it not for their courage, he might still be out in the world damaging lives.

In December, Josh was convicted of receiving and possessing child pornography.

In May, he was sentenced to 12 and a half years in prison, with another 20 years of supervised release after he gets out.

Josh undoubtedly deserves even more severe punishment, but for now, at least, the world is a slightly safer place.