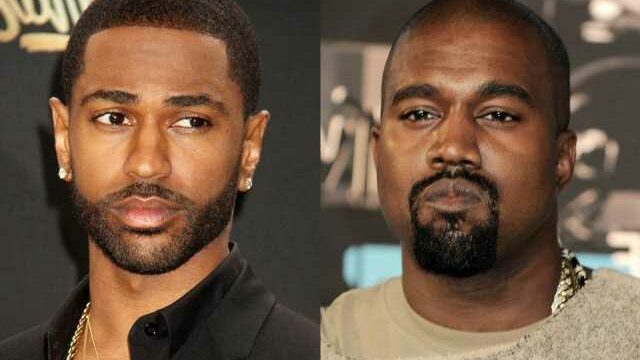 The billionaire Yeezy designer and the ‘I Don’t F**k With You’ spitter are caught on camera leaving a studio with fellow emcees French Montana and Fivio Foreign.

AceShowbiz -It looks like there’s no longer bad blood between Kanye West and Big Sean. Months after dissing each other on “Drink Champs”, the “Donda” artist and the “I Don’t F**k With You” rapper were spotted hanging out together.

Ye and Sean reunited in a California Studio on Monday night, January 17. In some pictures surfacing online, The “Marvin & Chardonnay” collaborators were seen leaving the studio along with fellow emcees French Montana and Fivio Foreign.

For the outing, Sean sported a New York Yankees jersey, blue pants, white sneakers and a pair of sunglasses. Ye, on the other hand, donned a black Donda Academy Doves T-shirt, black pants and matching boots.

The get-together came as a surprise since Ye trash-talked Sean when appearing on “Drink Champs” back in November 2021. “I already decided that when I die, on my tombstone it’s gonna stay, ‘I deserve to be here because I signed Big Sean,’ ” he told N.O.R.E. a.k.a. Noreaga and DJ EFN at that time.

The estranged husband of Kim Kardashian then explained further what he meant by the statement. “I’m saying that the worst thing I’ve ever done is sign Big Sean… Nah man, they let that — I know this man mana, bro. You know what I’m saying?” he stressed.

“I changed this man family and both John Legend and Big Sean when I ran for office got used quick by the Democrats to combat they boy that actually changed they life,” the Yeezy designer added. “And that’s some sell-out s**t and I don’t rock with neither of them and I need my apology. N***as is scared.”

It was not until a month later that Sean responded to Ye’s comments. “That was some bulls**t what he said,” he said on “Drink Champs”. Though so, the former G.O.O.D Music artist acknowledged Ye’s role in his career. “I love Kanye, bro. I love him for the opportunity he gave me and all these things,” he said. “But I thought what he said was some b***h a** s**t.”