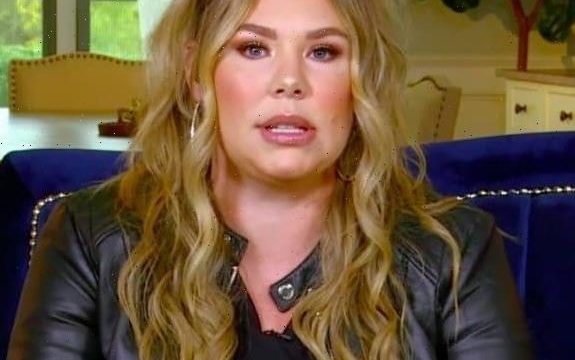 We say this not to shame her, but merely to point out that her family situation is complex, and no doubt there are times when it’s difficult to navigate.

In the past, Kail has complained about how difficult it is to plan vacations and other family activities while working around around three different baby daddies with three different schedules.

And then there’s the bad behavior that she’s forced to contend with.

Jo Rivera is married to Vee Torres these days, and it seems he’s mostly settled down, so no cause for concern there.

Meanwhile, Javi Marroquin recently tried to have sex with Lowry in a gas station parking lot, an incident that resulted in the dissolution of his relationship with Lauren Comeau.

Then there’s Chris Lopez, who has caused Kail no end of headaches.

And it seems that Chris recently got involved in some gas station shenanigans of his own.

Although this time, it’s Kail who’s being accused of behaving inappropriately.

Earlier this week, Lowry posted a screen shot of a text message conversation between her and unidentified baby daddy.

The person messaging her was asking for money for gas without being completely forthcoming about the exact amount that he needed.

Kail decided to put this person on blast for the enjoyment of her many Instagram followers.

“why did you ask for $100,” Kail asked the unidentified supplicant.

“Gas money. I so lmao,” this person semi-coherently replied.

“Rounding,” Kail replied with a string of “laughing/crying” emojis.

“This is co-parenting everybody. #ALLJOKES,” she captioned the screen shot, adding:

“Can you guess which baby daddy? Christopher, Jose, Jonathan.”

Unless Kail has a baby daddy that we’re not aware of, it seems that she decided to refer to Javi as Jonathan.

Whatever the case, her followers apparently found the attempt to publicly shame one of her children’s fathers to be in poor taste.

To make matters worse, they rather quickly figured out that she was talking about Chris, as the other two men are in stable financial situations.

The situation resulted in a follow-up post from Kail, in which she explained that she posted the conversation as a joke — as though that makes any difference.

“It’s seriously all jokes. Don’t get y’alls panties in a twist,” Kail instructed her followers.

We get that she posted the conversation as a joke, or out of frustration, but the fact is Lowry is rich, and she’s been rich for her entire adult life.

She deserves credit for working hard for her money, but she’s also been extraordinarily lucky.

So when she takes to social media to publicly shame someone who’s struggling financially, well … the routine might not be as cute as she seems to think it is.

Hopefully, Kail will take this as a teachable moment and do better going forward.

And hopefully Chris’ situation will stabilize so that he won’t have to beg his baby mama for money anymore.