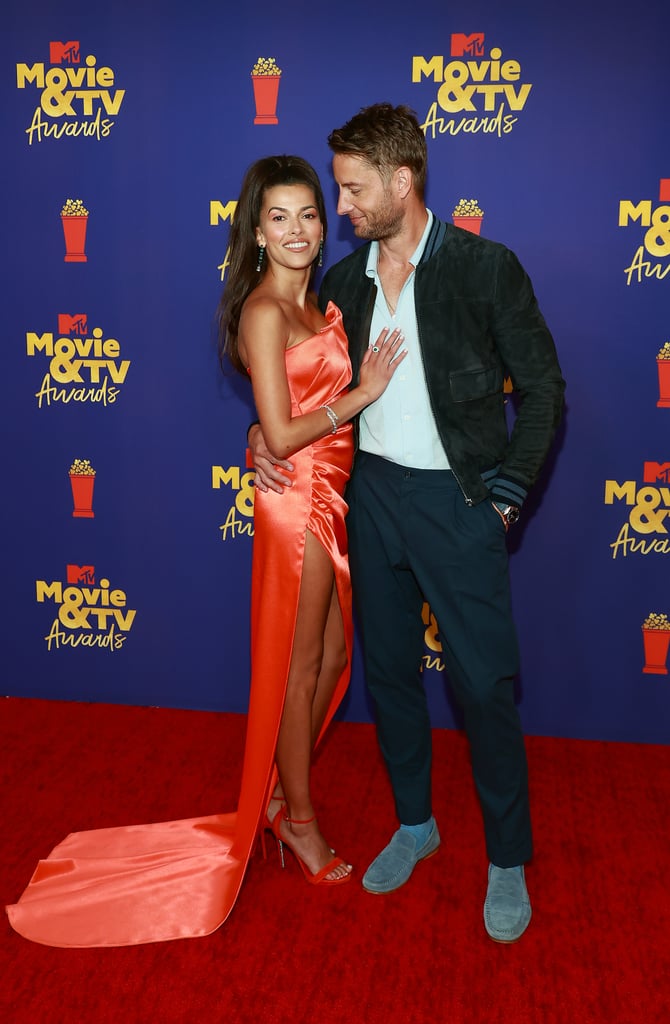 It’s been nearly a year since Justin Hartley and Sofia Pernas were confirmed as a couple, and now they’re making their red carpet debut. On May 16, the This Is Us actor and his soap star girlfriend stepped out for the MTV Movie and TV Awards in LA looking seriously in love. Justin is presenting during the award show, but made sure to pose for some sweet photos as the festivities kicked off.

Justin and Sofia were first spotted together romantically in May 2020 after he filed for divorce from Chrishell Stause, but the two have known each other for years, as they previously costarred on The Young and the Restless in 2015. Check out photos of Justin and Sofia at the 2021 MTV Movie and TV Awards ahead, because this right here is how you do your first red carpet appearance together.