The pop star, 25, seems to be taking Big Machine Records’ side following Taylor Swift’s claim that her former label, along with Scooter Braun and Scott Borchetta, have blocked her from performing any of her old music during the upcoming 2019 American Music Awards. 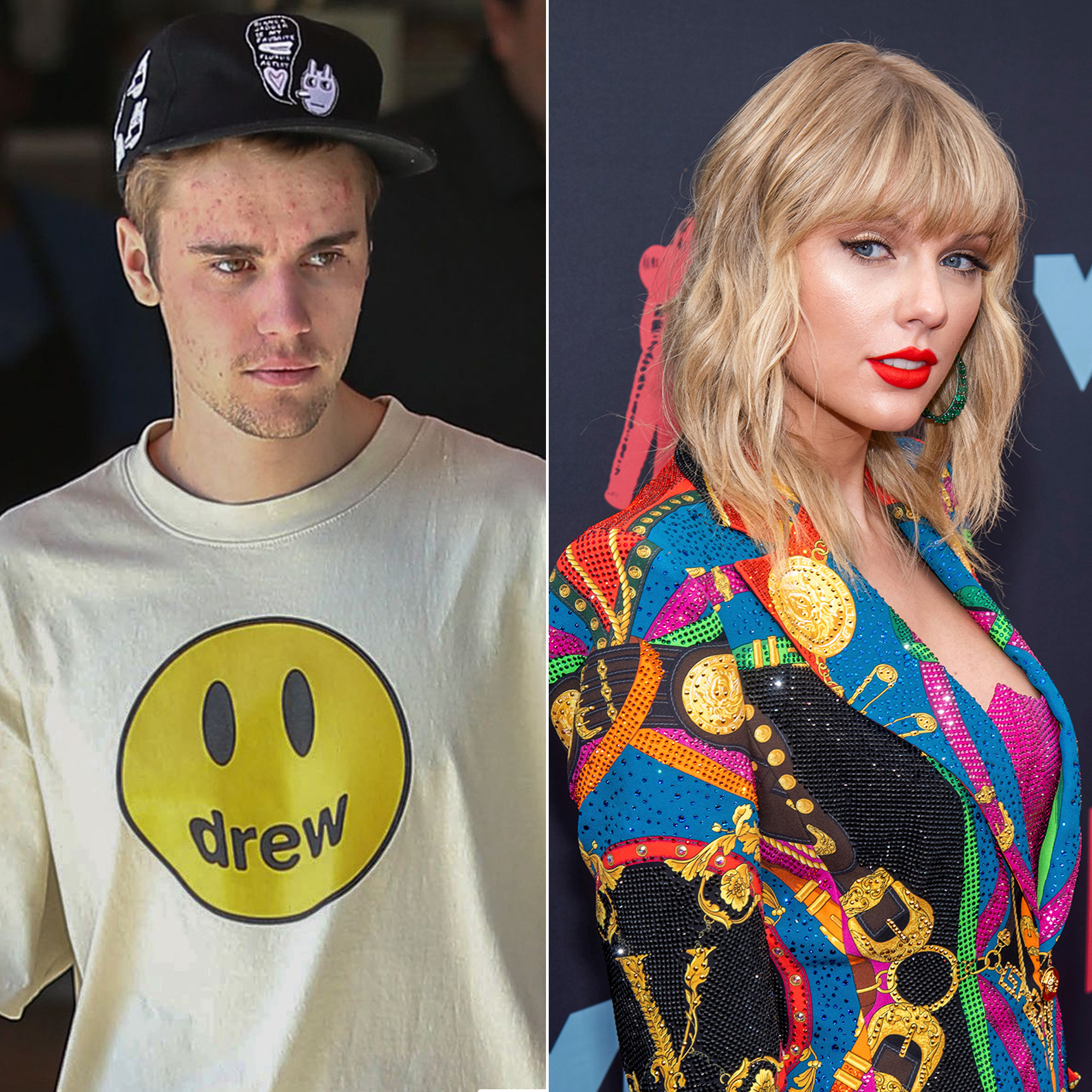 On Friday, November 15, Bieber shared a screenshot of a TMZ article that alleged Swift, 29, was “dead wrong” when it comes to her ability to play her old tracks live on the awards show.

The “You Need to Calm Down” singer argued on Thursday night that Borchetta and Braun “have now said that I’m not allowed to perform my old songs on television because they claim that would be re-recording my music before I’m allowed to next year.”

Big Machine Records, for their part, denied Swift’s “calculated” allegations through a lengthy statement on Friday morning. Executives at the label told Us Weekly, “At no point did we say Taylor could not perform on the AMAs or block her Netflix special. In fact, we do not have the right to keep her from performing live anywhere.” 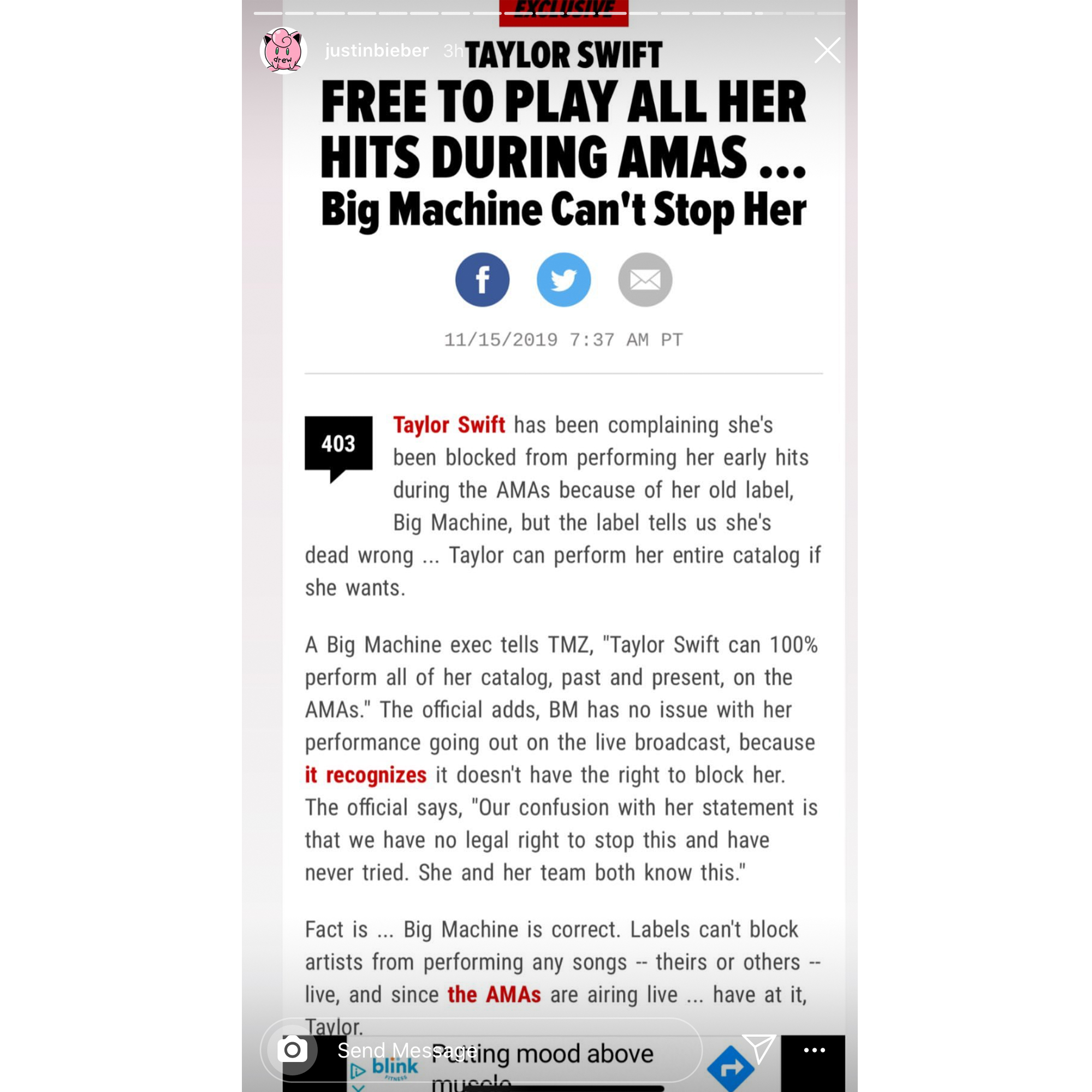 Bieber’s apparent agreement with the label comes after his ex-girlfriend Selena Gomez notably took a stand for her best friend. The “Lose You to Love Me” singer, 27, revealed on Instagram that she was “sick and extremely angry” about the position her friend is now in. “It’s greed, manipulation, and power. There is no heart or thought of anyone else,” she wrote.

Swift’s current battle with her former record label follows an explosive takedown she wrote in June where she referred to Braun as a “manipulative bully” for his role in purchasing the masters of her recordings. At the time, Bieber retaliated via Instagram, sharing a throwback shot of him with the “Reputation” singer.

“Scooter has had your back since the days you graciously let me open up for you,” the Grammy winner wrote in defense of his longtime manager, who happened to be invited to his and Hailey Baldwin’s wedding in September. “Neither Scooter [nor] I have anything negative to say about you we truly want the best for you.”