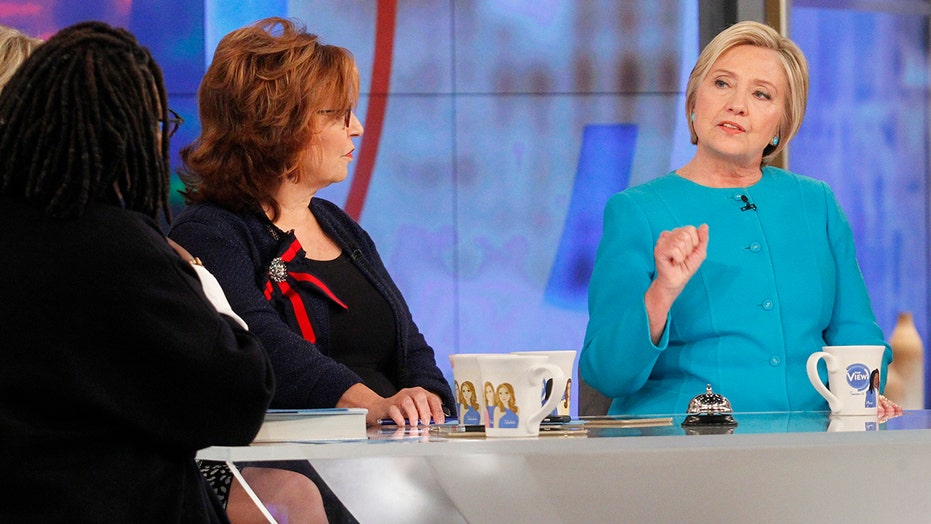 “The View” co-host Joy Behar thinks Hillary Clinton made a “mistake” by not making more appearances on the daytime gabfest during the 2016 presidential campaign — and that someone “should have been fired” as a result.

Clinton only appeared on “The View” once leading up to Donald Trump’s shock Election Day victory.

“Regular appearances, Behar thinks, would have helped voters see a more human side of Clinton,” New York Times magazine’s Amanda Fitzsimons wrote Wednesday in a lengthy feature about the influence of “The View,” which has a predominantly liberal, mostly female audience.

“Her people who kept her away from this show should have been fired,” Behar told Fitzsimons.

“Her people who kept her away from this show should have been fired."

According to the Times feature, 65 percent of registered voters who tune in to "The View" are Democrats, with Republicans making up only 12.6 — and a whopping 72 percent of the audience is female. The show is extremely influential for liberal politicians and has emerged as an essential stop for 2020 presidential hopefuls.

“It wasn’t a goofy interview, like the cringeworthy clip of her dabbing on ‘The Ellen DeGeneres Show,’ but it showed a relaxed side of a candidate who was often criticized for being too stiff,” Behar said. “Americans saw the lovely person I know — the laughing, happy, gregarious grandma that she is, in addition to being so smart. They didn’t see it on other shows.”

The fiery Behar isn’t the only person who thinks Clinton’s team botched her media availability prior to the election.

Earlier this month, shock jock Howard Stern told "Good Morning America" co-anchor George Stephanopoulos that he believes he helped get Trump elected but would have preferred to help Clinton instead — but didn't have the chance.

BEHAR'S JOYLESS 2018: 'THE VIEW' STAR'S MOST OVER-THE-TOP ANTI-TRUMPINESS OF THE YEAR

"The way I helped Donald was I let him come on and be a personality. Whether you liked him or not, people related to him as a human being,” Stern said, adding that he wishes he had been able to do the same for Hillary Clinton, who he said he "wanted to see" win.

"I thought that perhaps if she came on my show, we could've stripped away some of the pomp and circumstance or the tightness that comes with running for president and, like Donald, she could've been seen in a different light," Stern said.

So, perhaps Clinton would occupy the White House if she appeared on “The View” more often and allowed Stern to humanize her on talk radio – along with spending more time in the Rust Belt.