Johnny Manziel was one of the most electric players to ever play college football. However, that electricity didn’t translate to the NFL as Manziel couldn’t find much success in the pros. He did have the big challenge of playing for the Cleveland Browns, but Manziel’s situation might have been one of the rare cases where it wasn’t entirely Cleveland’s fault for it not working out. Manziel hasn’t played in the NFL since 2015, but it appears his football career isn’t over. In fact, Manziel could be playing football again in 2021.

Johnny Manziel took the entire country by storm in 2012 at Texas A&M.

He was already having a great year, but college football fans really took notice when Manziel and the Aggies upset No. 1 Alabama 29-24. Manziel had an incredible performance in that game, too, as he threw for 253 yards and two touchdowns while also running for 92 yards.

Manziel ultimately led Texas A&M to an 11-2 record that year and a win in the Cotton Bowl over Oklahoma. He also ended up throwing for 3,706 yards, 26 touchdowns, and nine interceptions that season while also running for 1,410 yards and 21 touchdowns. This led to Manziel winning the 2012 Heisman Trophy.

During the 2013 season, Manziel didn’t play as well, but he still had a good season. He threw for 4,114 yards, 37 touchdowns, and 13 interceptions while also running for 759 yards and nine touchdowns. Texas A&M didn’t have as much success as a team, though, as the Aggies went 9-4 and won the Chick-fil-A Bowl. Manziel also only finished fifth in the Heisman Trophy race that season. His play, however, still helped him become a first-round draft pick.

He played in the NFL for the Cleveland Browns

The Cleveland Browns ultimately selected Johnny Manziel in the first round of the 2014 NFL draft. His NFL career was the complete opposite of his college career. It was a dud.

In five games and two starts during his rookie season in 2014, Manziel threw for 175 yards, no touchdowns, and two interceptions. He also ran for 29 yards and one touchdown. The Browns were, of course, just a mediocre team that season as they went 7-9.

Manziel then received more opportunities in 2015 with the Browns, as he appeared in nine games and started in six of them. He ultimately threw for 1,500 yards, seven touchdowns, and five interceptions in those games, while also running for 230 yards on 37 attempts. The Browns went 2-4 in Manziel’s starts, though, and 3-13 overall.

Things between Manziel and the Browns didn’t ultimately work out, as he often found himself making headlines for off-the-field issues. Cleveland released Manziel in 2016.

Following his NFL career, Manziel played in the Canadian Football League and the Alliance of American Football, but things didn’t quite work out in those leagues either. He hasn’t played football since playing in the AAF in 2019, according to Bleacher Report.

However, Manziel could be back on the football field again soon. 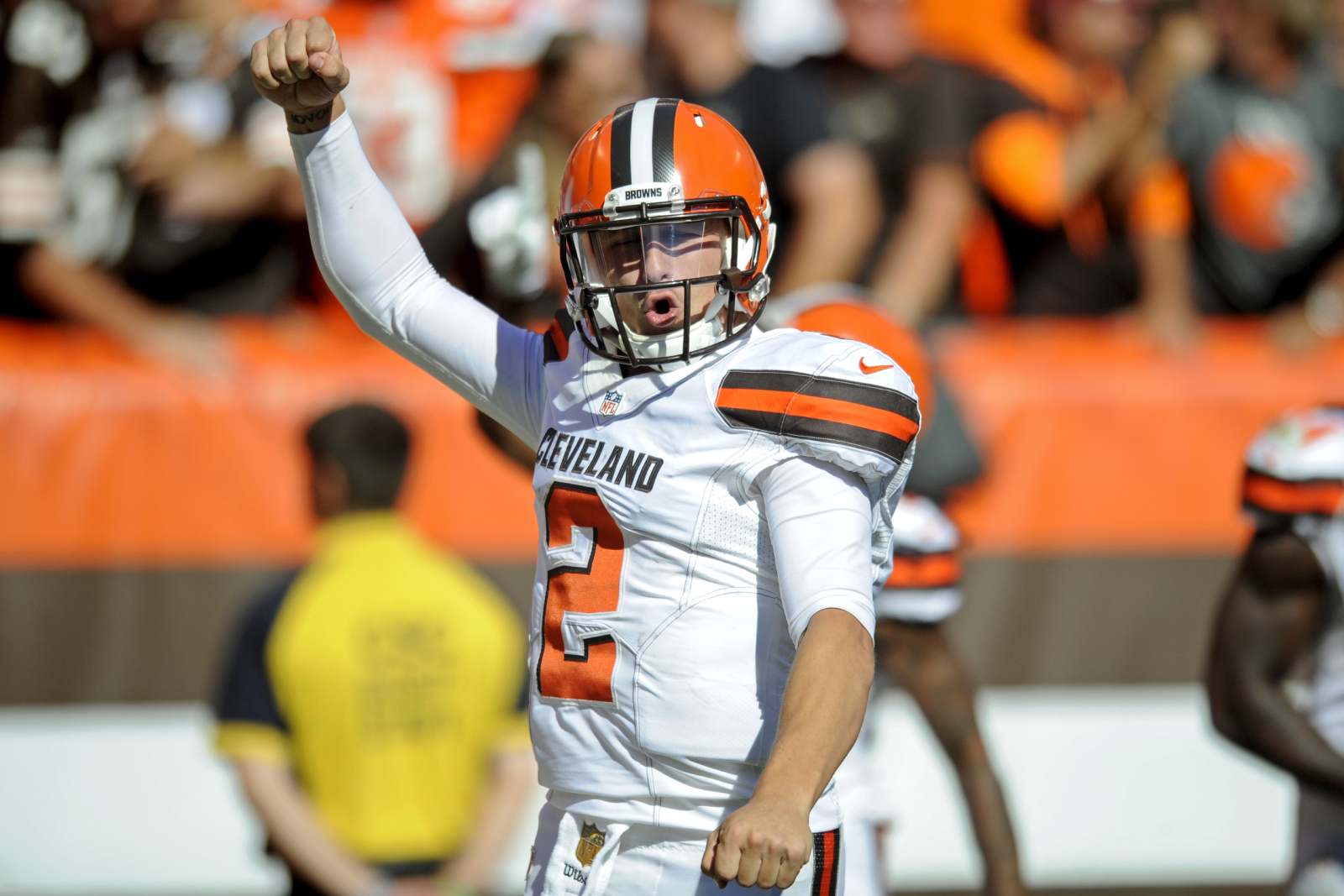 According to TMZ, Manziel is in “serious talks” to join the Fan Controlled Football league.

Fan Controlled Football will launch play in February 2021 and will be similar to arena football, per TMZ, but fans get a say in what happens on the field. They even get to pick the plays.

Manziel has even reportedly posted about potentially playing for the Zappers on social media.

“Currently the starting QB of [Bob Menery’s Zappers]. Time to tear old town down in my owners honor,” he wrote, according to TMZ.

Whether he finds success with this new opportunity or not, Manziel will certainly make things interesting. Johnny Manziel could be slinging the football again very soon, which is a win for everyone.