Jack Depp was photographed while sitting on the grass in a public area and surrounded by people.

Jack Depp, 19, looked like he was loving life during a recent outing in Paris! The look-alike son of exes Johnny Depp, 57, and Vanessa Paradis, 48, was seen sitting on some green grass with his legs crossed in the French city on May 9 as he took sips from what appeared to be a bottle of beer. He also read a book during the outing as other people at what appeared to be a sit-down area of an outdoor dining area could be seen around him. 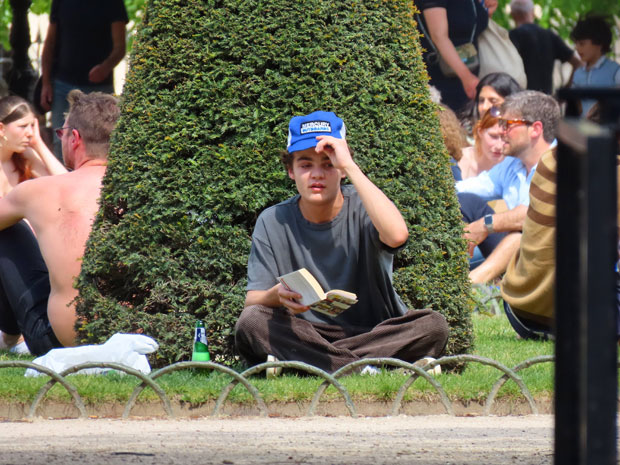 Jack chose to wear casual but stylish clothing for his time in the fresh air, including a blue T-shirt, black pants, and tan sneakers. He also wore a blue and white baseball cap, under which his dark short locks peeked through. A green bush was spotted right behind him and he had a bag on the grass next to him as he periodically looked up from his book during his reading session. 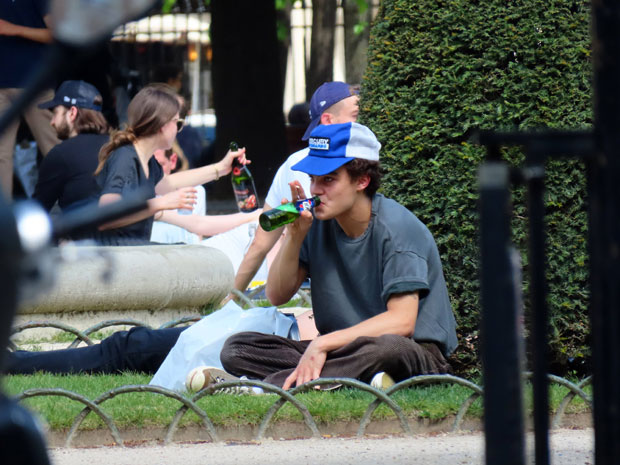 This isn’t the first time Jack’s been seen while out and about. Last month, an Instagram pic of him smiling and posing in a field full of wild yellow flowers made headlines. He had his arms raised and looked like he was celebrating the joys of spring in the pic as the world famous Hollywood sign could be seen behind him. He had on a yellow tee and his shoulder-length hair was pulled up into a scrunchie.

Jack has also been seen strolling around London with his girlfriend Camille Jansen, 21. The hunk and the French beauty walked side by side for a lunch outing in Aug. and couldn’t help but flash smiles at photographers while taking in the sights in the capital of England. He looked great in a faded blue button-down jacket and loose tan pants while she rocked a white tank top and dark gray patterned pants.

When Jack’s not spotted on solo outings or dates, he’s doing a little acting like his dad. The teen has a credit in the Kevin Smith-directed comedy Yoga Hosers, which was released in 2016.