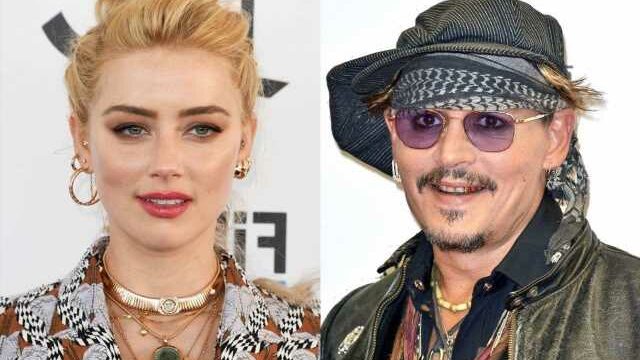 An assistant of the ‘Pirates of the Caribbean: The Curse of the Black Pearl’ actor said that the Hollywood star allegedly ‘kicked’ Heard in the head in text messages that were excluded from the former couple’s defamation trial.

AceShowbiz –Johnny Depp‘s assistant said the actor allegedly kicked Amber Heard in the head, according to unsealed court papers. Text messages sent in 2014 from the actor’s then-employee Stephen Deuters are said to have detailed how the actor apparently attacked the 36-year-old “Aquaman” actress onboard a private jet.

Mention of them was barred from the former couple’s defamation trial but have been made public in a tranche of 6,000-plus pages of unsealed documents from the case, which released over the weekend. Deuters reportedly texted Heard about Depp, “If someone was truly honest with him about how bad it really was, he would be appalled.”

“I’m sad he does not have a better way to really know the severity of his actions yesterday. Unfortunately for me, I remember them in full, in full detail, everything that happened. He was appalled, when I told him he kicked you, he cried.”

According to the unsealed documents, Depp, 59, remorsefully texted Heard about the incident. He is said to have told her, “Once again, I find myself in a place of shame and regret. Of course I am sorry … I will never do it again.”

“My illness somehow crept up and grabbed me … I feel so bad for letting you down.” In other messages kept by Heard, the “Pirates of the Caribbean: Dead Man’s Chest” actor again apologised and called himself a “f****** savage” and “lunatic.”

The law firm representing Depp, Brown Rudnick, said they had not been able to find any record of the texts in the actor’s iCloud. They added they had looked into whether they had been deleted and stated in the court papers the messages were “missing.”

The messages related to the alleged kicking incident were presented at the former couple’s libel trial in the UK, but were deemed inadmissible by the judge in the Virginia case that ran for six weeks, which ended in Depp being initially awarded $10 million (£8.14 million) in damages from Heard.