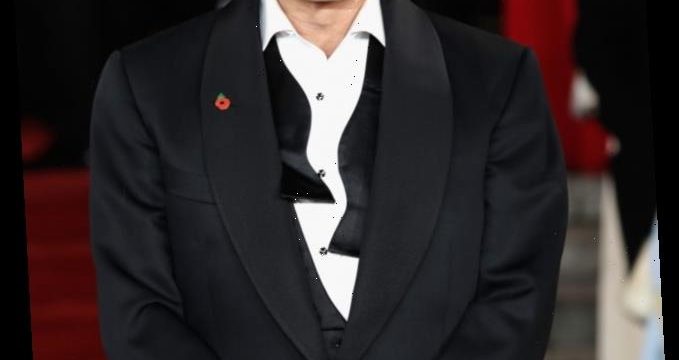 Just over a week ago, Johnny Depp lost his $50 million lawsuit after the court ruled that calling him a “wife beater” wasn’t libel … for obvious reasons.

Now, he has lost out on his role in the Fantastic Beasts film series.

“In light of recent events, I would like to make the following short statement,” he began.

“Firstly,” Depp wrote, “I’d like to thank everybody who has gifted me with their support and loyalty.”

Continuing to address the pickmes, Depp wrote: “I have been humbled and moved by your many messages of love and concern, particularly over the last few days.”

“I wish to let you know that I have been asked to resign by Warner Bros. from my role as Grindelwald in Fantastic Beasts,” he revealed.

“And,” Depp announced, “I have respected and agreed to that request.”

“Finally, I wish to say this,” Depp’s statement continued.

“The surreal judgement of the court in the U.K. will not change my fight to tell the truth and I confirm that I plan to appeal,” he claimed.

“My resolve remains strong and I intend to prove that the allegations against me are false,” Depp insisted.

In conclusion, an increasingly desperate-sounding Depp wrote: “My life and career will not be defined by this moment in time.”

He is of course referring to the harrowing allegation of brutal domestic violence against his ex-wife, Amber Heard.

Despite all of the evidence that has circulated as a result of his divorce, Depp’s intense fandom had kept him employed until after the court’s ruling.

It is essentially a film about a fantastical and male Temple Grandin, though we sincerely doubt that JK Rowling intended that comparison.

Only at the end of the film is the big reveal made — as the outrageously handsome Percival Graves (Colin Farrell) is revealed to be the old and busted-looking Gellert Grindelwald (Johnny Depp).

Grindelwald was mentioned in the first Harry Potter book in an offhand revelation of lore — as Dumbledore was noted to have defeated him on a chocolate frog card.

He is Dumbledore’s archenemy, and is the primary antagonist of the Fantastic Beasts series — appearing in two films and slated to appear in three more, the first of which is already in production.

In 2016, seeing Depp appear in the film was a shock, but he only shows up at the end and many reasoned that perhaps he had been cast before the world heard Amber Heard’s horrific story.

However, in a stunning decision, both directopher Chris Columbus and JK Rowling herself wrote impassioned defenses of Depp.

They doubled down on his casting, and he played a central role in the second film, The Crimes of Grindelwald.

That film — often parodied as “The Crimes of Johnny Depp” — grossed almost $200 million less than the first, though Depp’s defenders argued that it wasn’t that people were disgusted with Depp, just that the film was mostly awful.

All of this went down before JK Rowling was exposed — and then, more recently, chose to expose herself — as a horrible person.

After years of “liking” tweets that came from TERFs and other transphobes, Rowling said vile things about trans folks and transgender children in particular.

She has also promoted brands that sell viciously anti-trans merchandise (mugs with statements so hurtful I cannot repeat them), earning widespread condemnation — even from Harry Potter franchise stars.

It’s difficult to imagine a more toxic combination to collaborate on a film than JK Rowling and Johnny Depp right now.

Well, unless perhaps Harvey Weinstein chose to produce the film with Bryan Singer as director. (Yikes!)

The fact of the matter is that many Millennials who grew up loving the world of Harry Potter now have not one but two big reasons to eschew these new films … and complicated feelings about the books that helped define their adolescence.

We all know that morality rarely is the deciding factor behind business decisions, so why did Warner Bros choose to ditch Depp?

Some think that it may be the fact that they realized that employing Depp and Heard at the same time, even in different franchises, was a mistake.

Even if they disagreed with the court ruling and all of the evidence presented, Aquaman made over $1 billion. It made almost twice what Crimes of Grindelwald raked in. Money talks.

As for why Warner Bros waited this long, until the court had ruled, many suspect that Depp may have had an ironclad contract that made him difficult to fire.

This is pure speculation and could even be a rumor that was started in defense of WB and the films, but it could be that Depp could not be fired except under certain conditions — like this court loss.

Depp is vowing to fight it, of course, but if his pricey legal team couldn’t prove libel against him being called a wife-beater … his pickings for future acting roles may be pretty slim.