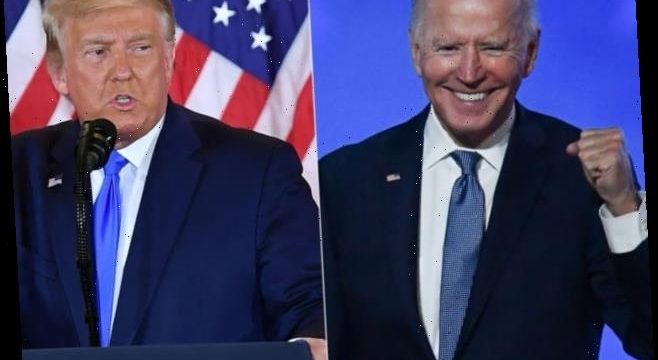 Joe Biden will be the next President of the United States.

No matter what dangerous nonsense Donald Trump rattles on about via Twitter, this is not a question.

However, the 46th Commander-in-Chief will face a challenging question shortly after he takes office on January 20, 2021.

And that question is this:

SHOULD JOE BIDEN ISSUE A PARDON FOR DONALD TRUMP?

The former real estate magnate stands accused of an endless array of crimes, mostly related to his evasion of taxes over the years and his questionable investments overseas.

Not to mention all the ways Trump has profited off his time in the Oval Office.

While he’s President, Trump cannot be charged with any federal crimes.

Once he’s out of office, however?

All legal bets are off.

Biden would not be able to stop Manhattan District Attorney Cyrus Vance from investigating and potentially prosecuting Trump and his company for crimes under state law.

But Biden would have the power (under the 1915 Supreme Court opinion in Burdick v United States) to make sure Trump is not charged with anything on a federal level.

This, many Democrats believe, would be totally insane and unforgiveable.

Trump is a crook. He has abused the office of the President in every conceivable manner and:

However, according to NBC News, Biden is likely to discourage investigations into his predecessor.

This outlet reports he has expressed “concerns that [they] would further divide a country he is trying to unite and risk making every day of his presidency about Trump.”

Says an insider close to the President-Elect:

“He’s going to be more oriented toward fixing the problems and moving forward than prosecuting them.”

But the justification for a pardon can also be grounded in a higher purpose.

The 73 million Americans who voted to re-elect Trump two weeks ago will be just as angry about a good faith federal investigation of Trump after he has left office as Democrats were angry about Trump’s baseless chant to lock up his former political opponents.

There’s a precedent here, too.

Richard Nixon was pardoned by Gerald Ford in 1974 after the Watergate Scandal.

Conway actually thinks Ford made a mistake back then, yet believes it would be consistent with Biden’s message of unity for him to issue a pardon for Trump, writing for NBC:

The prosecution of Trump could well make the former president even more of a martyr to his millions of followers, fuel a further escalation of the existing partisan divisions and even lead to civil unrest.

But what about the 78 million-plus people who voted for Joe Biden?

Barbara McQuade, who served as a U.S. attorney under Barack Obama, outlined Biden’s dilemma to Fortune earlier this month:

“This whole presidency has been about someone who thought he was above the law.

If he isn’t held accountable for possible crimes, then he literally was above the law?”