Jeremy Clarkson, 59, was accused by a festival attendee of “smashing rum down his neck” and “disappointing” three fans who wanted to speak to him.

The Twitter user wrote: “Great weekend at the Big Feastival @alexjameshq farm weather was best ever shame about @JeremyClarkson smashing the rum down his neck and really disappointing 3 young fans who really wanted to say hi.”

Reacting to the claim, Jeremy replied: “I’m sure they’ll get over it.”

The Twitter user responded: “@JeremyClarkson great attitude to have enjoy your life just proved the real you.”

I don’t waste their time by doing selfies for other people’s.

Jeremy hit back telling the Twitter user he doesn’t like to “waste” his childrens’ time on “other peoples” when away from work.

The Grand Tour star replied: “Never hid it. If I’m with my kids, I don’t waste their time by doing selfies for other people’s.”

The former Top Gear host is a regular at the annual festival, which was also attended by the likes of Angela Griffin, Caroline Flack and Rebecca Adlington.

Elsewhere away from his social life, Jeremy returned to his presenting duties on Who Wants To Be A Millionaire? last month.

In the reprised version of the show, contestants are now offered a lifeline to ask the host for help if they are unsure about an answer.

During a recent episode, Jeremy Clarkson reacted to a Twitter user who criticised him for not being able to answer a contestant’s question. 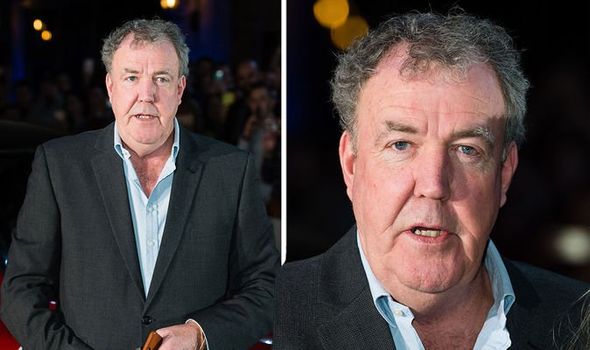 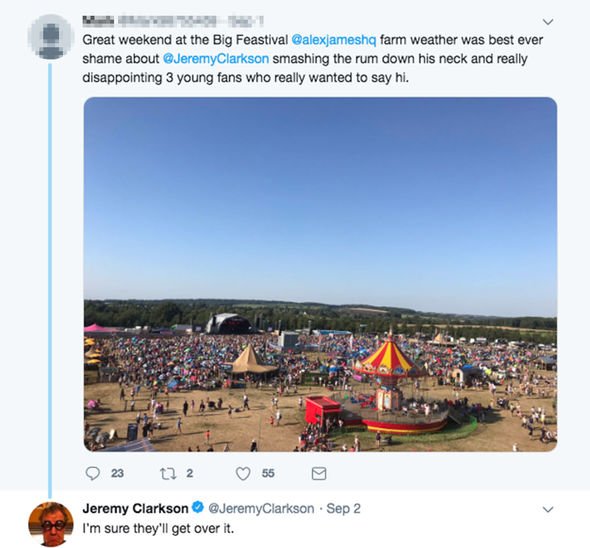 The ITV viewer wrote: “How is ‘ask the host’ even a lifeline?? @JeremyClarkson do you know anything?”(sic)

Jeremy replied: “Well I knew that sort of.”

The host later replied, with a simple: “Ha!”

In a recent interview, Jeremy said he would reimburse a contestant if they lost money due to his answer on the lifeline. 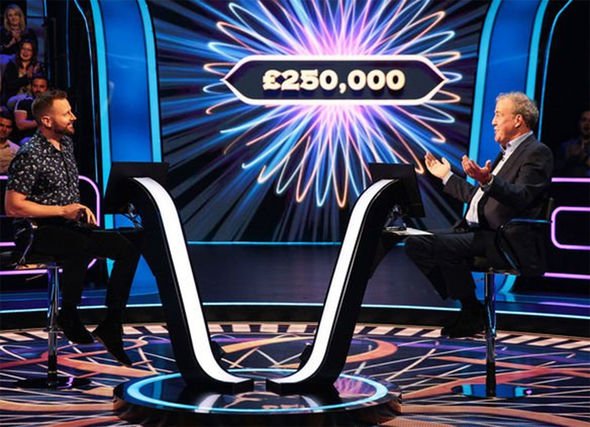 He told The Sun: “If it was a low amount – in the hundreds – definitely.

“If I got it wrong though I’d have an uncomfortable night.”

The host then highlighted he has so far been lucky with offering his advice to contestants.

Who Wants To Be A Millionaire? airs Saturday and Sunday nights on ITV.

The Grand Tour season 4 is expected to return early next year.