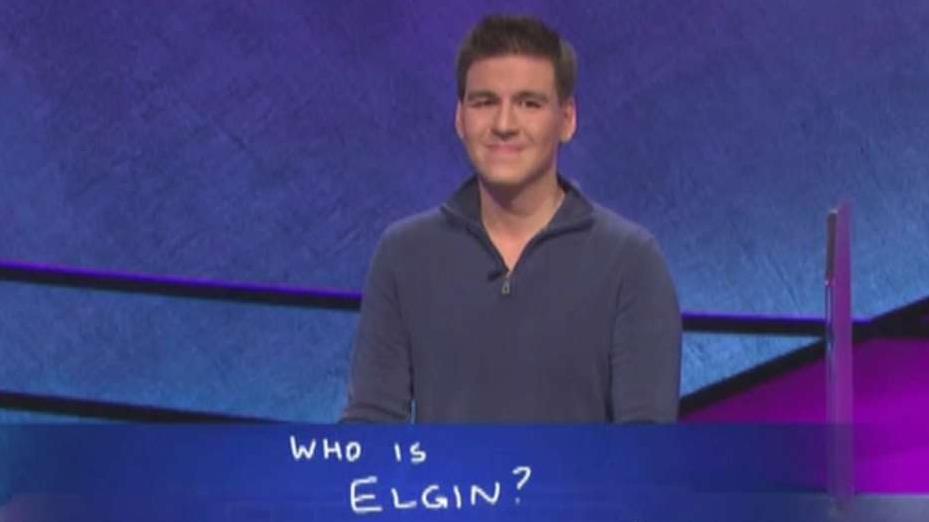 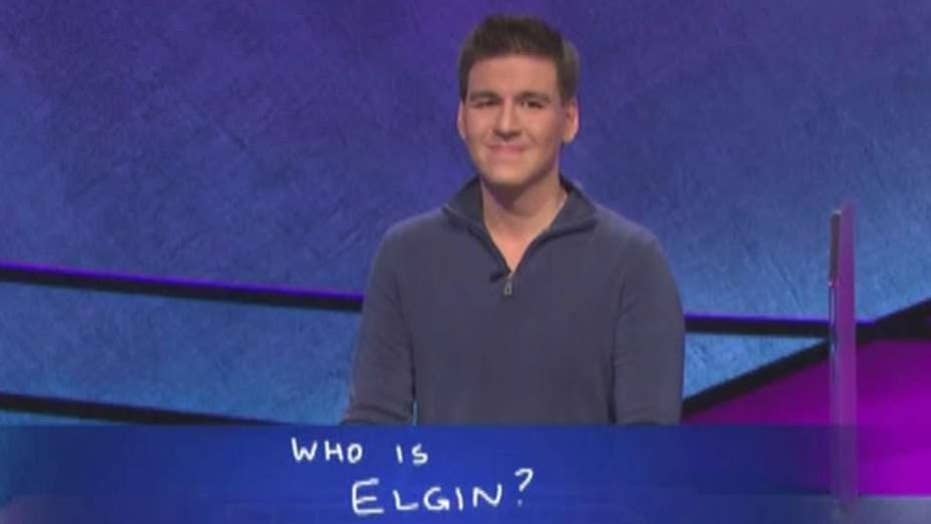 The Wall Street Journal sports columnist Jason Gay weighs in on the skills and strategies used by James Holzhauer to surpass the $1 million mark on Jeopardy.

“Jeopardy!” superstar James Holzhauer officially holds the second-longest winning streak in the game show’s history after racking up his 21st victory in a row.

Holzhauer’s 21st victory adds $80,615 to his wallet and skyrockets his total earnings up to $1,608,627. He’s surpassed Julia Collins’ 20-game winning streak from 2014. Now, the only “Jeopardy!” champ left in his crosshairs is the notorious Ken Jennings. 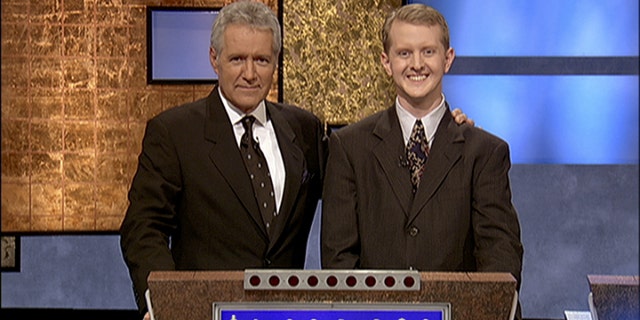 Software developer Ken Jennings from Salt Lake City, Utah poses for a photo with Jeopardy host Alex Trebek on the set of the show in Culver City, Calif. On Thursday Jan. 13, 2011 IBM computer Watson will play a practice round against Jennings, who won a record 74 consecutive "Jeopardy!" games in 2004-05.
(AP Photo/Sony Pictures Television)

Jennings scored an impressive 74-game winning streak in 2004, which remains the longest streak in "Jeopardy!" history. Although Holzhauer still has more than 50 games to go before catching up to Jennings, his total earnings are on track to surpass the reigning champ well before the 74 game mark.

In his 18th game of “Jeopardy!” he almost lost to sports information director for Brandeis University athletics, Adam Levin. When the final scores were tallied, Holzhauer only topped his competitor by $18.