Aquaman 2 is officially filming, but fans will still get to see Jason Momoa on screen this summer. He’s starring in Netflix’s summer movie, Sweet Girl, and then returns with season 2 of See on Apple TV. The fan-favorite actor is promoting both projects and during a recent interview, told a funny story about an indirect encounter with Al Pacino. 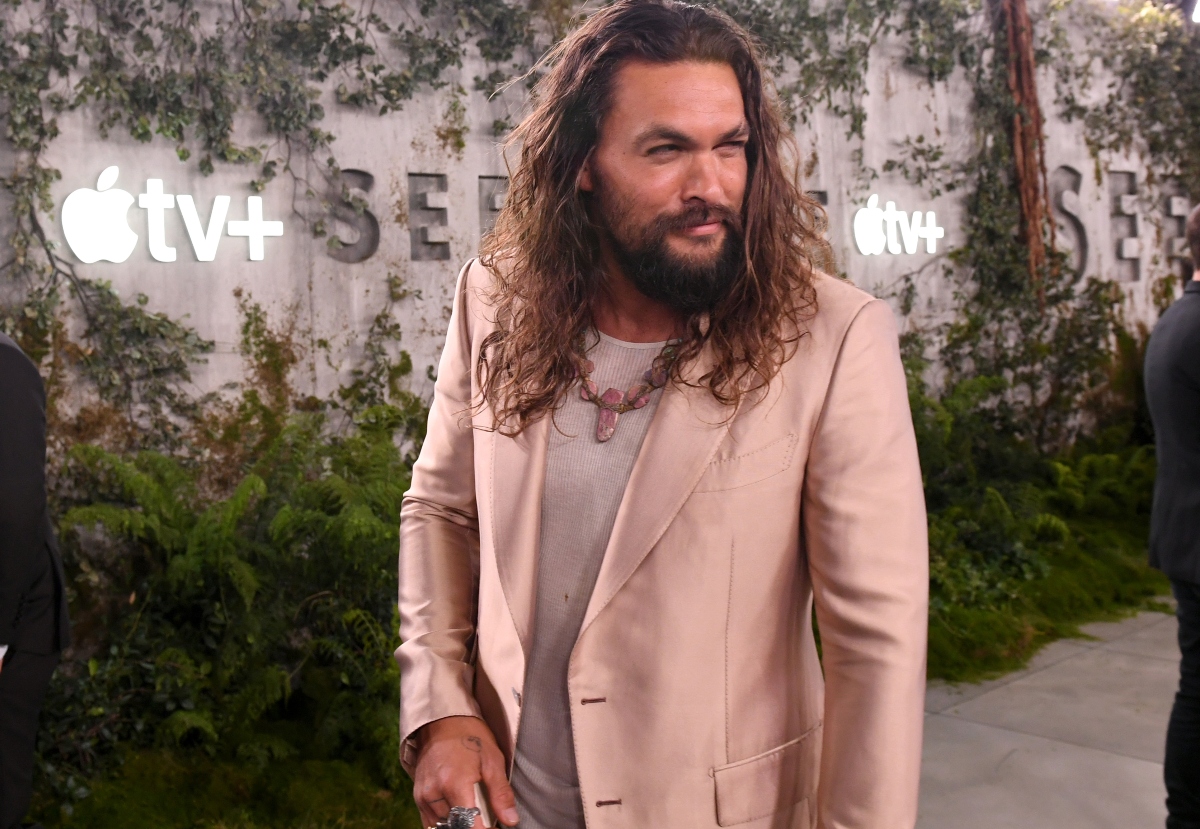 Jason Momoa recalls when Al Pacino gave him the finger

Back in 2001, Jason Momoa moved to Los Angeles to pursue an acting career. But that doesn’t mean he was immune to being starstruck. During a guest spot on Jimmel Kimmel Live!, Momoa told fill-in host Anthony Anderson about the time he received a middle finger from Al Pacino. And they weren’t even working on a movie together.

“I was on Melrose walking up and down the street, and sure enough I look in a window — me and my buddy — and we see Al Pacino,” Momoa said. He stopped and ogled, but then they did something goofy.

“I spent the last half hour just walking back and forth in front of the window to the point where he’s looking at us. And Al Pacino just flips us off and starts laughing,” he gestured. Momoa noted that people didn’t have cell phone cameras back then so he couldn’t ask for photo or autograph.

“I felt real silly, but I get starstruck really easy,” he added.

Momoa had a similar situation with Liam Neeson

Momoa did not divulge all of his early L.A. days tales, but he recalled another embarrassing incident that involved Liam Neeson. He spotted the Taken actor at a restaurant but couldn’t play it cool.

“I went to my first nice restaurant, and I saw Liam Neeson,” he told Anderson. “I kind of fangirled out. I never met anyone famous yet.” Momoa mentioned that he watched Rob Roy when he was younger, a 1995 film with Neeson as the lead.

“I was just really excited, and I just kind of stared at him. And I would just smile, and I creeped him out. He literally got up, and he left and went a couple tables over,” said Momoa.

Momoa is in ‘Sweet Girl’ and ‘See’ next

Momoa’s next feature film is Sweet Girl, due to drop on Netflix on Aug. 20. He plays a dad on the run with his daughter after he challenges Big Pharma over his wife’s death. Isabela Merced co-stars in the thriller as his teenage daughter.

Fans can also look forward to seeing Momoa return as Baba Voss in See Season 2 on Apple TV+.  New episodes arrive on Aug. 27, and this time, Dave Bautista makes his debut at Baba Voss’ brother, Edo Voss. Sibling rivalry is real in this world, and for certain fans, it’s like Marvel versus DC.

However, Baba Voss wants to reunite his family and keep his daughter safe, but will he be able to do that with his brother in the picture? Fans have time to binge watch See Season 1 before the new installment airs in August.