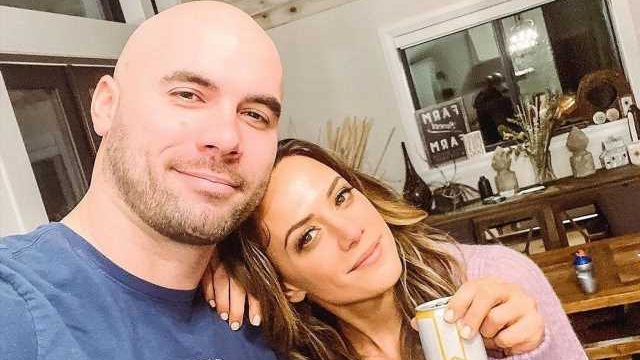 The ‘I Got the Boy’ singer hints that she’s back into the dating game while admitting that she is worried her failed marriage might affect her new relationship.

The singer and actress filed to end her six-year marriage in April (21), citing his infidelity for the split despite having tried to make the relationship work following his previous cheating.

And as she hosted E!’s Daily Pop on Thursday (10Jun), Jana suggested the time had come for her to move on from her failed marriage to find a new romance.

“I’m happy. I’m still single, but I’m entertaining things,” she said, coyly. “I love love. I will always fight for it.”

However, Jana added that she worries she may find herself letting the relationship with Caussin affect future romances.

She hopes to be able to give herself a “fresh start” when she embarks upon a new relationship as she added, “I have to not put my ex on the faces of the people that I’m wanting to (date).”

Meanwhile, in an episode of her podcast, Jana Kramer recalled the night she handed Mike Caussin the divorce paper.

“I was like, ‘He can’t come in this room,’ because the second he comes in this room, I’m gonna probably ask for him back…,” she said. “The addict in me was like, I wanted him so badly to come in that room and hold me and love me and tell me he’s sorry and give me that hit. I needed it so bad.”