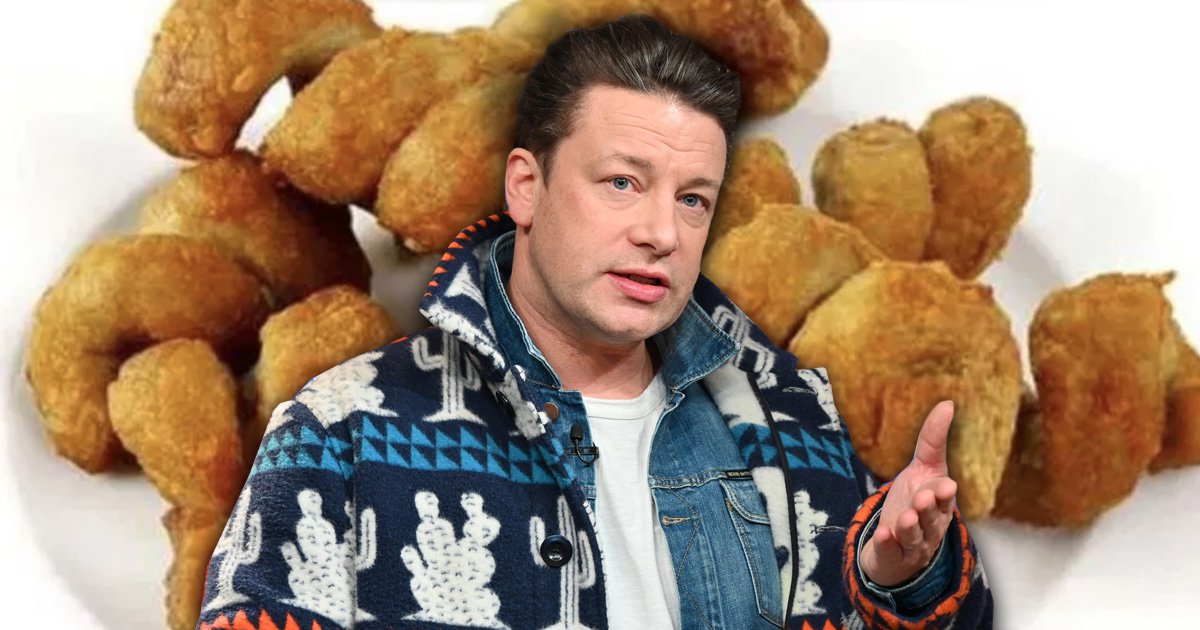 Jamie Oliver has revealed he still gets stick for getting Turkey Twizzlers banned from school dinners in 2005, including being called an ‘a**ehole’ on a recent trip to the zoo.

The celebrity chef, 46, had campaigned for schoolchildren to get better meals, including getting rid of the lunchtime favourite after finding the meat content within them to be lacking.

Turkey Twizzlers were banned in schools in 2005, which did not go down too well with some pupils who had loved the school dinner staple.

He revealed during an appearance on the 12 Questions podcast with Fraser T Smith this week that it upset people so much that he would get spat on and people still think he is an ‘a**ehole’.

He laughed: ‘When I was walking around schools as a 28-year-old, I was getting so much abuse. I had so much DNA on my back every day when I got home… it was proper filth.’

Jamie revealed that some people who were in school at the time still have not forgiven him for getting rid of Turkey Twizzlers as they bring it up when they see him to this day,

He explained: ‘It’s funny, I was in the zoo the other day when they opened up again, with my kids, and you know two metres away they go: “That’s Jamie Oliver over there.”

‘I said “You probably wouldn’t like the original ones then,” and she goes: “No I did, and you took them, you stole them away from me!”’

Jamie admitted ‘you can’t please them all,’ after his attempt to get more meat into the Turkey Twizzlers, which were finally reintroduced last year with a ‘much-improved’ turkey content of 67-70 percent.