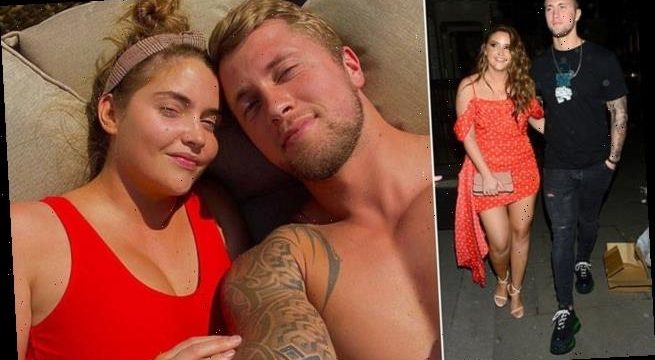 Jacquline Jossa has reportedly split from her husband Dan Osborne.

It is claimed that their marriage became ‘unworkable’ while in lockdown and the former TOWIE star, 28, is believed to have left their family home, reports the Sun.

The couple’s relationship has been plagued with cheating allegations and tensions between the pair have reportedly been taking their toll. 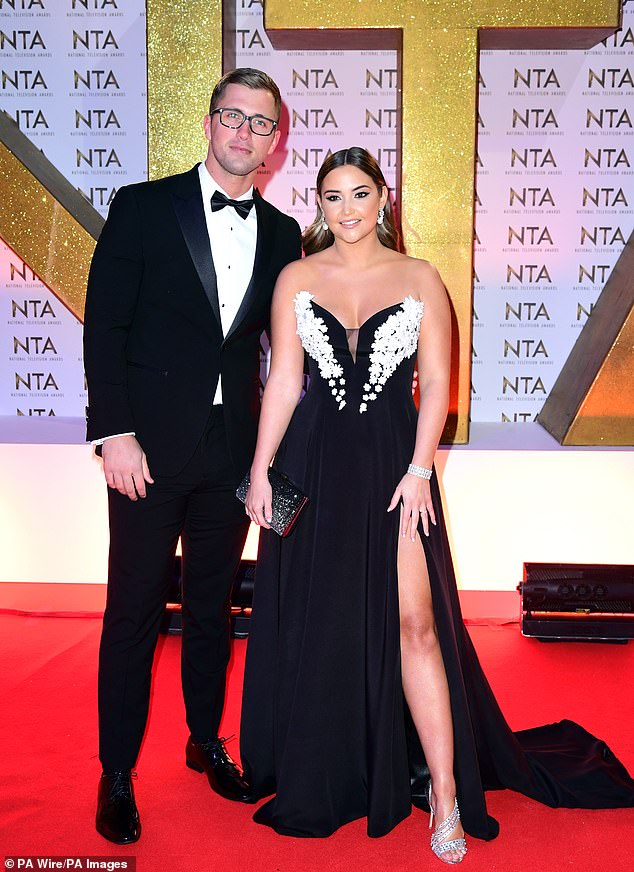 It’s over? Jacquline Jossa has reportedly split from her husband Dan Osborne, with sources claiming their three-year marriage became ‘unworkable’ while in lockdown (pictured January)

A source said: ‘Jac and Dan have had their problems but lockdown magnifies everything. She needs breathing space.’

‘Jac and Dan have had their fair share of problems for the past couple of years but obviously lockdown magnifies everything.

‘There’s still a lot of love there but quite simply, Jacqueline needs some breathing space.’ 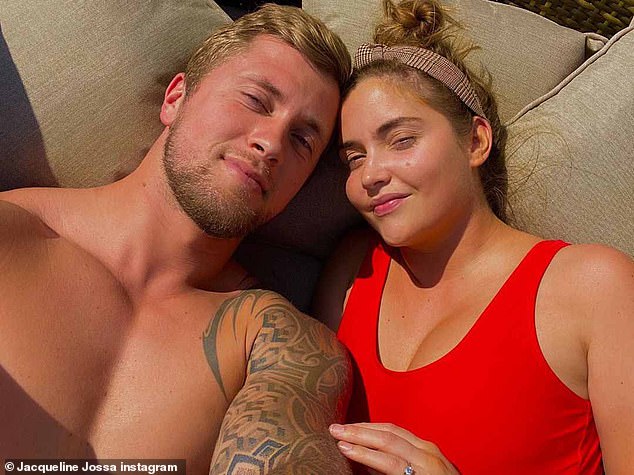 At odds: The couple’s relationship has been plagued with cheating allegations and tensions between the pair have reportedly been taking their toll

The publication reported that Jacqueline has found it quite distressing dealing with speculation regarding the state of their marriage.

It has also been suggested that Jacqueline and Dan will ‘reassess’ their relationship once the lockdown period is over and normality resumes.

They also believed it was unhealthy for the children to see them arguing while all holed up in their £1million home together.

MailOnline have contacted representatives for Jacqueline and Dan for comment. 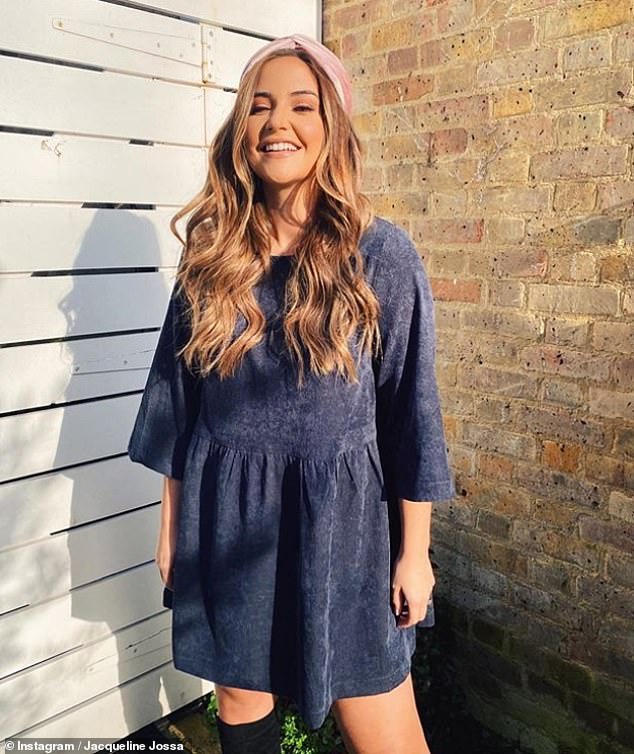 Absence: Earlier this week Jacqueline revealed she would be taking a break from social media, as she needed to ‘take some time’

Earlier this week Jacqueline revealed she would be taking a break from social media, as she needed to ‘take some time.’

In the post shared on Tuesday she wrote: ‘Good morning! Holding back on posting as much recently just taking some time✌️ hope you are all good! Speak soon! Xx.’

Just hours before news of the split broke, Jacqueline returned to Instagram with her take on a Beyoncé pose, dressed in pyjamas from her InTheStyle fashion range.

In early April the star also revealed she’d be taking a step back from her online presence, as life came to a ‘natural pause’ during the COVID-19 pandemic.

Speaking in an Instagram video in early April, she said: ‘I had a bit of a rubbish day yesterday, thinking what is actually happening, when will we next see our mums and dads?’ she said.

‘The kids are used to seeing their nannies and grandads, I think they are getting confused.’

Earlier this year the couple were thought to be giving their romance a fresh start after Dan apologised for doing things he wasn’t proud of in the relationship.

The former TOWIE star has been accused of multiple infidelities throughout his short marriage but appears to have turned over a new leaf.

The pair shared lots of loving pictures from their trip on social media and looked like a new couple in love.

The reality star shared pictures from on board a boat, with one beautiful snap showing them snuggled up with the city’s rising skyline in the background.

The holiday came after Dan lamented his past behaviour in a candid post reflecting on the last decade and seemingly referencing his recent cheating scandal.

After endless denials, Dan finally admitted last month he had been unfaithful and then referenced his misgivings in a post showing him in 2010 and now while surrounded by his three children.

Dan and Jacqueline share daughters Ella, four, and Mia, 18 months, while Dan is father to six-year-old son Teddy from a previous relationship.

Dan continued: ‘Haha.. lots of ups and downs in the past 10 years.. been through some tough times but also had some amazing times!…

‘Done amazing things that I never thought I would do, also done things that I shouldn’t have done, but I’m living and I’m growing as a person and ending this decade with a beautiful wife and 3 incredible children!…

‘Feeling very lucky! looking forward to what the new year has to bring and wish you all the very best for 2020 & the future’.

A source told The Sun: ‘Dan called Natalie and started sending her nasty messages saying she had ruined his day by speaking about the romp. Dan had told Jacqueline he’d done nothing wrong, so to see this totally blindsided everyone around her.’

The American bombshell claimed he has since begged her to remain silent about the fling after Chloe made the allegations while Jacqueline was in Australia for the latest series of I’m A Celebrity… Get Me Out Of Here!

She said: ‘I had sex with Dan in my hotel room. Chloe’s story was true. I was drunk and it was a huge mistake but it happened. As soon as Chloe’s story broke…

According to Natalie, they made their way back to her hotel suite following an alcohol-fuelled dinner to celebrate the conclusion of Celebrity Big Brother, won that year by soap star Ryan Thomas.