Ashanti and Ja Rule rang in the new year with some nostalgia, performing ‘Mesmerize’ and ‘Always on Time,’  looking dazzling in the process.

Always on time! Everyone’s favorite early 2000s duo Ja Rule and Ashanti brought in 2022 in serious style on Dick Clark’s New Year’s Rockin’ Eve., performing their classic hits “Mesmerize” and “Always on Time,” bringing all the good vibes. The gorgeous pair were also stunning with their NYE looks, Ja wore a black and brown puffy coat with a stylish brown Sherpa lining over a black t-shirt with his name on it. The “Holla Holla” rapper paired the look with black pants tucked into green rain boots. Ashanti was a vision in winter white with a short, fitted knit sweater dress with a gorgeous grey and white faux fur jacket and matching fur hat. The “Happy” beauty paired her look with metallic silver high heeled boots and wore her dark locks down and long. 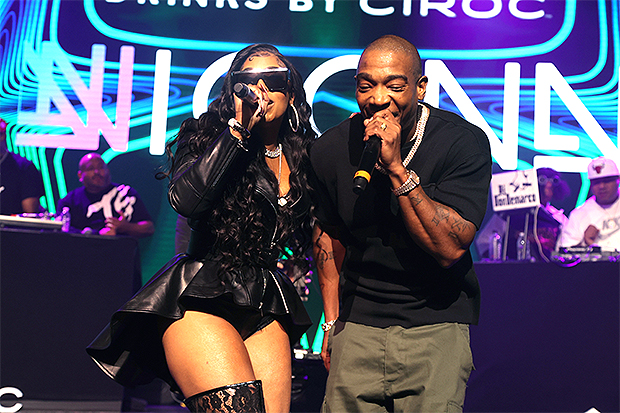 As early 2000s nostalgia continues to kick up, Ja Rule and Ashanti have been making somewhat of a comeback. The pair also appeared together earlier this year at a Sept. 14 Verzuz Battle at Madison Square Garden’s Hulu Theater as Ja Rule went head-to-head with rapper Fat Joe. Both artists brought out some of their most famous collaborators give themselves an edge up in the competition. For Ashanti, that meant pulling double duty — she sang some of her hits with Ja Rule but also performed the 2002 favorite “What’s Luv?” with both artists, and the crowd totally went wild. Meanwhile, her ex, Nelly was on Team Fat Joe and performed with the rapper.

After his performance, Nelly didn’t shy away from trying to go get a hug from Ashanti — his ex. Cameras showed him heading her way onstage and leaning in for the hug. Unfortunately, the cameras then cut away at that exact moment, so it’s unclear how the interaction played out. It seemed as though the former pair did have a friendly reunion! 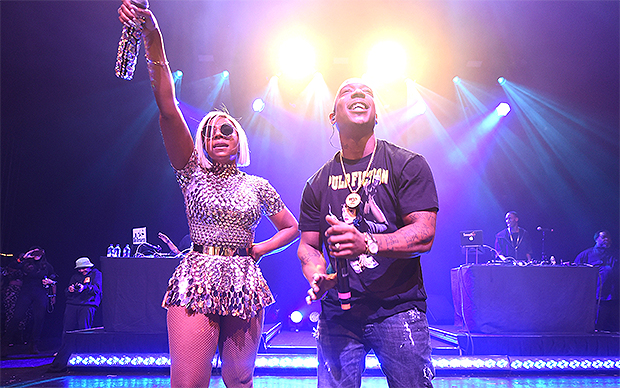 Ashanti and Nelly met at a press conference for the Grammys in 2003 when they were two of the hottest hip-hop/R&B artists in the industry. They started dating shortly after and were together for 10 years before going their separate ways in 2014. Although the two were pretty private about the breakup, Ashanti admitted that a lack of trust is what led to things ending.

“I think sometimes when people have their own insecurities, it allows them to act out of character,” she admitted in 2015. “I’ve been betrayed. I’m not a big fan of people being cowards. I’m in a different place now.”