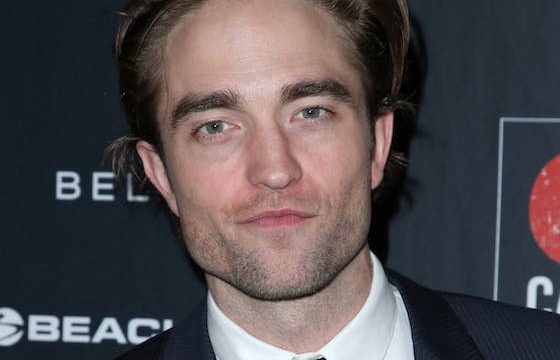 When Ben Affleck made it clear that he’s not going to be Batman again, a rumor sprang up that we were going to get a smug pretty boy hunk Batman in the form of Armie Hammer. That proved to be untrue. But during the conversation about Armie Hammer, it came up that the next Batman, appearing in the upcoming The Batman, would most likely be played by a younger actor. And then it was rumored back in February that Robert Pattison will scowl and grunt at villains through that cheap rubber mask. And now, according to several sources, that’s going to happen.

Deadline reported that Matt Reeves has narrowed down the list of who he wants to play Batman in his standalone Batman film. Sources claimed that Warner Bros. haven’t made a final decision, but that it was down to Robert Pattinson and About A Boy-turned-fine as hell Nicholas Hoult. Both are British and in their early 30s, which is apparently what Matt and the studio are looking for. However, sources imply that Robert is the direction they’ll be going.

Variety seems to think they’ve solved this mystery, and it’s that RPattz will play TheBattz. Sources that spoke to Variety claim that Warner Bros. is sliding the contract towards Robert Pattinson as we speak, and that it’s only a matter of time before he’s announced as our new Batman. Variety believes Robert Pattinson was cast before Matt Reeves had even finished the final version of the script. Pre-production on The Batman is scheduled to begin this summer, which implies that someone’s got to start getting fitted for black rubber butt-huggers pretty soon.

Thanks to Twilight, I will forever think that Robert Pattinson is a moody undead teenager, but he’s actually 33. He wouldn’t even be the youngest actor to portray Batman; that would be Christian Bale, who was 31 when he filmed Batman Begins. So it looks likely we’re going to see Robert Pattinson transform into Batman. Not really a stretch! He’s moody, rich, and has an all-black wardrobe. Plus, he’s got plenty of experience dealing with an evil power-hungry clown. The true test will be to see how Robert’s Batman squares off against his greatest foe: Batman’s headpiece. It will be Gotham’s greatest battle watching Batman struggle to get it over his 3-inches of moussed-up hair.