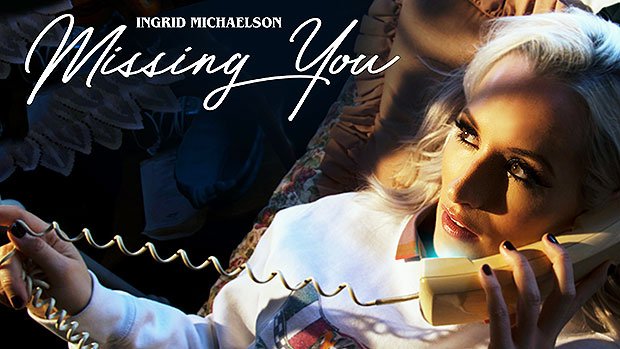 We are so here for some ‘Stranger Things’ inspired music. Ingrid Michaelson decided to pay tribute to the chilling Netflix series with her new album & the 1st song is FLAWLESS.

Singer-songwriter Ingrid Michaelson is gearing up to release her new Stranger Things Inspired album, Stranger Songs, and after hearing the first single, we cannot wait for the full record. “Missing You” hit streaming services on May 10, and let’s just say new music Friday is off to a spectacular start. The song is an INSTANT bop, and fans are praising the track in a big way. “Ingrid Michaelson’s Stranger Things-inspired EP (yes, really) is off to an EXCELLENT start,” one fan wrote just after its midnight release.

So, why a Stranger Things inspired record? The 39-year-old singer revealed how she relates to the show on a deep level during a new interview with EW. “I’ve lost both of my parents and I’ve always had a very strong nostalgia streak. I’ve always longed to re-live childhood memories. There’s no word in the English language to describe what it is that I’m feeling. But it goes deeper than nostalgia — this desire to quite literally be able to go back in time and re-live those moments again because the memories are so wonderful and wrap you up with a warm feeling,” she said in the incredibly honest chat.

However, with the release of her first single, she was careful not to give too many secrets away for those who have yet to see the show! “It’s funny because I don’t want to spoil it for people who haven’t watched [Stranger Things]. But I can say that it’s from Nancy’s point of view and she’s in a bit of a love triangle situation. I think I can say that much without giving anything away,” she said of the track.

For those wondering what to expect from the rest of the album, there will be more Stranger Things easter eggs throughout each song. But — Ingrid hopes that listeners will be able to relate on multiple levels. “What I always want is for people to connect and see their own experiences mirrored in the songs. There’s a song called “Mother” that is about Will missing his mother and also about Eleven searching for her mother. But when I listen to it back, now that I’m removed from it — because we wrote it about a year ago — I see my own mother.”

Listen to Ingrid’s certified bop, “Missing You,” above! The New York City native is currently also writing music for the upcoming Broadway adaptation of The Notebook, and between that and her forthcoming record, 2019 is Ingrid’s time to shine.